Entrepreneur raffles off Nunhead flat for just £2 a ticket

Lara Buckler, 28, decided to set up Houseagogo and sell off her Nunhead flat through prize auction for just £2 a ticket 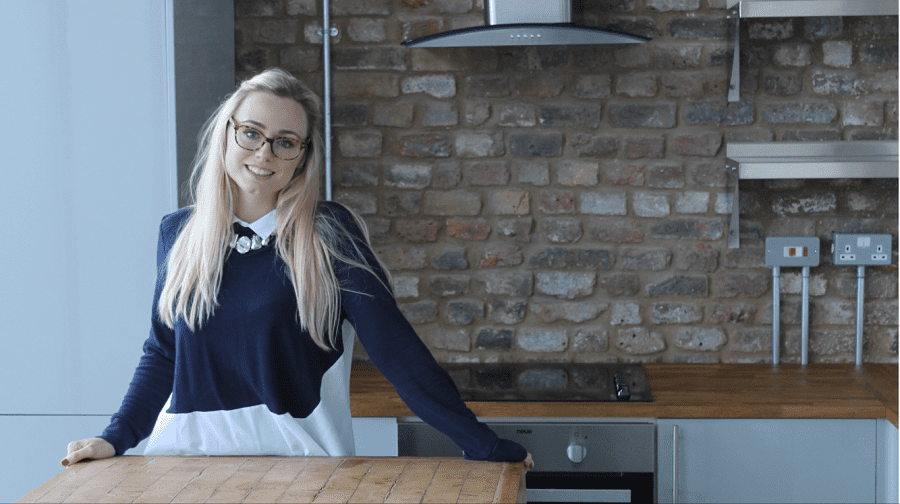 House-hunters could get their hands on a chic Nunhead flat – for as little as £2.

Entrepreneur Lara Buckler is selling her studio flat through prize auction for just £2 a ticket, after a slowing housing market meant it just wouldn’t budge.

The 28-year-old and her mother bought the former shop at auction in 2014 and, having been through the process successfully before, anticipated it would take just six months to convert into a flat and sell.

However, Lara says there were bumps along the way, which meant it took two years to be ready – by which time the market had changed due to factors such as Brexit and increased stamp duty rates.

“Within that two years the market completely changed and it meant things that should sell weren’t selling, everyone was just too cautious and wanted to wait to see what the market was doing,” said Lara, who lives in Crystal Palace. “We put it on the market for the £300,000 mark but it didn’t sell – people were saying the market might go down, so we reduced it but I ended up saying it didn’t matter how much we reduced it, it was just the wrong timing.

“We bought a flat at auction previously and did the same thing, that was absolutely fine but it was a completely different market and we refurbished and sold it within a six-month turnaround.”

It was at this point Lara came up with the idea of setting up her own company – Houseagogo – with husband Chris, 32, who also has a background in property.

The idea is that the company will not only sell the Nunhead flat through prize auction, but will also help others to sell their properties. Lara will need to sell 200,000 £2 tickets for the studio flat and, once these have been sold, the competition will close and a winner will be announced.

The lucky winner will not have to pay a stamp duty – and Lara is also offering to cover all bills for the first six months.

“What’s quite good is it helps the first-time buyer get on to the property ladder for a very minimum cost since there’s no stamp duty and we don’t want it to become a liability for someone who’s won so for the first six months we cover all of the bills,” said Lara. “Since we set this up it’s clear we are not alone.

“We haven’t had any negativity with it – everyone has said they hope it works because it makes sense, everyone can relate to it in some shape or form.”

For more information or to enter the competition, visit: www.houseagogo.co.uk

Southwark NewsNewsEntrepreneur raffles off Nunhead flat for just £2 a ticket