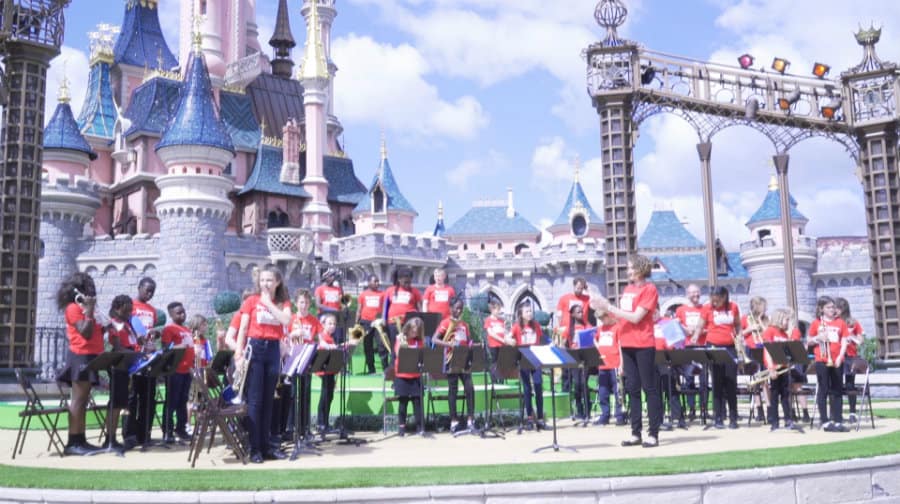 The capital’s youngest brass band made their international debut at Disneyland Paris this summer during a three day tour-de-France.

The band was borne out of the Southwark Children’s Foundation, which aims to give underprivileged children experience of art, music and culture, and has since grown to around 50-60 players aged between seven and fourteen.

Band Trustee, Patty Harper, said the highlight of the trip was definitely the performance at Disneyland Paris, and the go on the rides afterwards.

“The students were more than up for the challenge of a serious performance and coped with the microphones, the stage layout and the sound check really well.

“They were completely on show the whole time which I don’t think they expected. The venue just blew them away. The whole process with the concert at the end really pulled the band together and they sounded fantastic.”