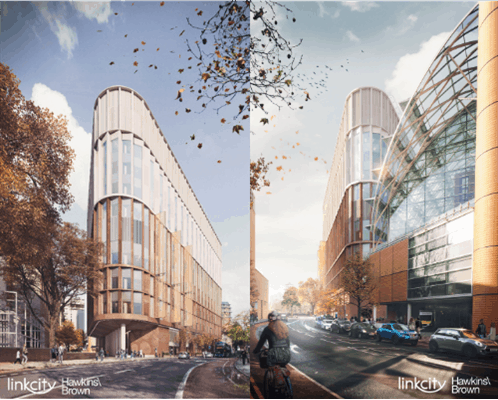 How Evelina's new building could look

The hospital, next to St Thomas’ on Lambeth Palace Road, hopes to add the new building next door. Plans will be submitted over the summer after consulting with local people. Lambeth Council is likely to make a decision in the autumn, hospital chiefs said.

“We got some really valuable feedback from our patients, families and people in our local areas, ranging from where we locate the main entrance of the building to the importance of sustainability,” said Emma Gadsby, who will be head of nursing in the new building.

“At Evelina London, we put patients and families at the heart of everything we do and it’s vital that they are involved in shaping our plans. We look forward to working with them on the next stage of our design process.”

Evelina said the number of children treated in London and the south-east has doubled since it opened in 2005, meaning a new facility is sorely needed.

The new plans include a centre for day surgery, which would open in 2022 and provide dedicated space to provide 2,300 surgeries per year.