'It was a fabulous effort from everybody in the local area' 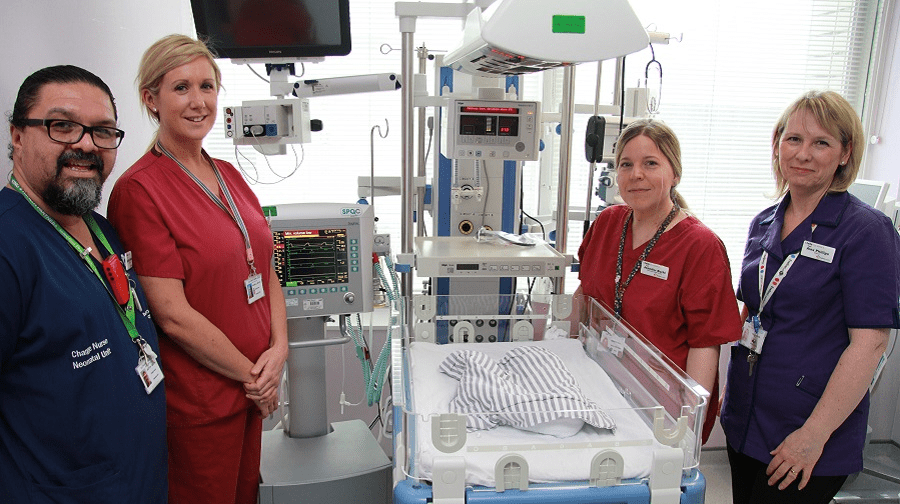 Evelina London Children’s Hospital has thanked News readers for raising more than £100,000 to help save the lives of extremely unwell babies.

After four long years of amazing feats of bravery and generous giving, last week we proudly announced that our campaign had raised £100,603 for Evelina London.

Residents and members of staff from the News ran marathons, swam seas, climbed mountains, sang, painted, raffled,  knitted, and stripped off to raise money for our Evelina Appeal.

And now the dedicated people saving the lives of some of the sickest babies at Evelina London want to say a special thank you.

Alex Phillips, who has worked as one of the matrons on Evelina’s neonatal unit for seventeen years, said: “We just want to say a massive thank you to everyone who’s done so much to raise this money for us, it’s lovely.

“It was a fabulous effort from everybody in the local area; we do really rely on charity donations to buy our equipment and to raise such a huge amount and for it to have been by the local community is great and we are very appreciative of that.

“We’ve shown the staff what people have done so they can see how everyone has come up with these ingenious ideas to raise money, like Hebe Barber’s sponsored swim, all the crazy ideas like the Full Monty, and the incredible challenges like swimming the Channel.

“We’ve managed to buy ventilators and open heated cots which are needed for the sickest babies we get in our unit and which can be used for extremely premature babies as well as full-term babies who are very sick.

“The remainder of the money will be divided between all of the departments at Evelina and will also go towards the school which helps children who are patients, as well as their siblings who visit them.

“We have expanded our intensive care unit from sixteen cots to 20 and our high-dependency cots from six to twelve and because of the money raised as part of the appeal, we were able to buy this equipment at the same time which meant we didn’t have to wait to use those cots straightaway.”

Although the money raised by the appeal has managed to buy vital equipment for Evelina London, the hospital still needs funding for further projects – including to buy portable incubator cots and to furnish family rooms.

“The portable incubator cots cost around £60,000 each,” Alex explained. “We’ve already got three but need two more. They allow us to transfer babies who need intensive care from our unit to theatres or other units.

“We also need to furnish the quiet rooms and parent rooms to make them more homely and less institutionalised and need to get a sofa bed for one of the rooms so that parents can stay overnight and be next to their babies.

“The most stressful time for a parent is when they feel they have to be apart from their baby. If a baby isn’t going to survive through the night the last thing parents want to do is to go out of the building.”

If you missed the full round-up in last week’s paper of how everyone in the community helped raise money for the Evelina Appeal, you can visit the News website and search ‘Evelina London’.

If you’d like to raise money for Evelina, please contact the paper, and we’ll put you in touch with the fundraising team.