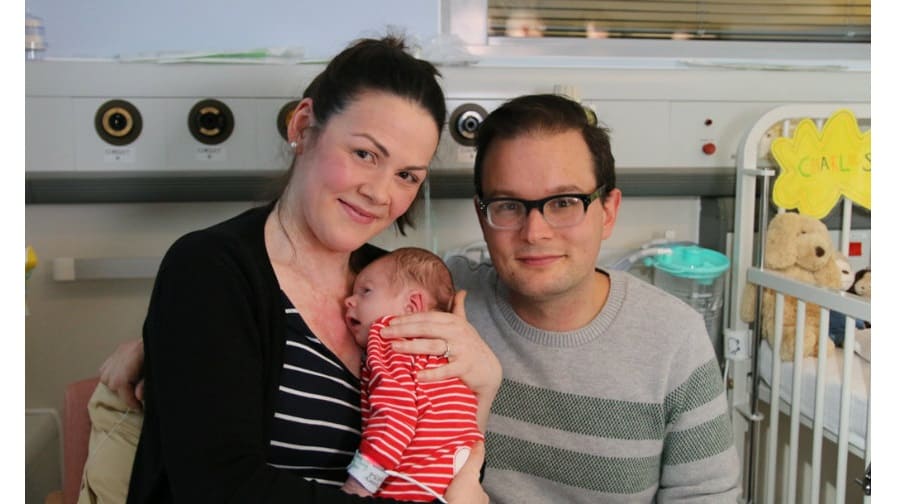 Evelina London has officially opened an extension to its Neonatal Unit (NNU) meaning more sick and premature babies than ever will receive “round-the-clock critical care”.

The extension will help address a national shortage of neonatal cots as there are now 22 intensive care cots and twelve high dependency cots in the NNU – an increase of 50 per cent.

The unit was officially opened by James Melville-Ross, whose twins, Thomas and Alice, were cared for at the NNU after being born at 24 weeks.

He said: “The Neonatal Unit enabled us to realise the gift of parenthood. It’s a huge honour to be part of today’s celebrations and to get the opportunity to say thank you to the NNU and its incredible people.

“Without the amazing staff here, our story would have only been one page, instead of chapters full to the brim with new experiences and laughter every single day.  We will never, ever forget what they have given us, the joy that we have as a family.

“But we are aware that we are the lucky ones. Sometimes there just aren’t enough cots to go round. That’s why today’s increase in critical care, intensive care and isolation cots is so important.”

Dr Tim Watts, clinical lead for the NNU, said: “The neonatal unit is busier than ever. We care for babies born locally, as well as those from further afield, and this year we expect to care for more than 1,000 babies for the first time.

“The expansion of the unit is an amazing opportunity to extend the care we provide to more babies than ever before, making a serious difference to the outlook for some of our smallest patients.”

The News has been fundraising over the last five years for Evelina to raise £100,000.