EXCLUSIVE: All three MPs and Council Leader are remainers – but will vote for ‘pro-Brexit’ Labour in EU elections

'Now is the time to put party politics to one side' 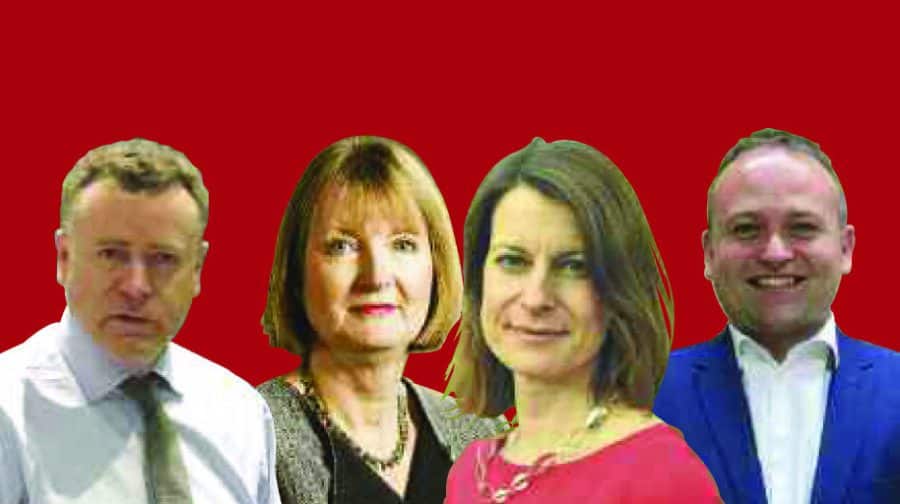 All three Southwark Labour MPs have thrown the idea of breaking rank and voting for a pro-EU rival party out the window, saying they are backing Labour in today’s European elections despite its woefully confused stance on Brexit.

Neil Coyle, Helen Hayes and Harriet Harman, all prominent supporters of staying in the EU, have been out in force canvassing for Labour in their overwhelmingly pro-Remain constituencies.

Helen Hayes, MP for Dulwich and West Norwood, gave a stinging riposte when asked by the News if she accepted that a vote for Labour was a vote for Brexit; even claiming the only party to stop Brexit so far was Labour.

She said: “There is a strong risk in this election that the hard right Brexit Party is the majority representative of the UK in the European Parliament, and I think that will be a very dangerous outcome both for the EU and for politics in the UK.

“Labour is the only party that can stop Nigel Farage.

“All of Labour’s candidates in London support a confirmatory referendum on any Brexit deal, but more importantly than that, since MEPs will not have any say in delivering Brexit, they are strongly principled Labour candidates who will fight for social justice, workers’ rights, environmental protection and the pro-Remain views of Londoners in the European Parliament.”

She denied the unexpected election, held after the government agreed an extension on the UK’s deadline until later this year, was a de facto single-issue public vote on Brexit.

“This is not a single issue vote on Brexit, it is the election of MEPs to represent us in the European Parliament.

“MEPs have no say on the delivery of Brexit, but their values, views and policy platform will affect how we are represented in Europe.”

“As a local Labour MP, I have been vigorously representing the pro-Remain views of my constituents since before the referendum in 2016 – the same cannot be said for the smaller parties who are campaigning on a pro-Remain platform.

“The most prominent Green member of the House of Lords, a former Southwark Councillor, is a prominent Brexiteer, as has been the leader of the Liberal Democrats in the past.

“The Liberal Democrats worked in coalition with the Tories to implement the cruel and vindictive austerity policies, which led to many disenfranchised people voting for Brexit in the first place.

“Brexit is an issue which cuts across party lines.

Neil Coyle, a vociferous Corbyn critic, who has previously hit out at the party’s failure to back freedom of movement, gave a surprisingly tempered response to the same question, saying the party’s policy as ‘to put any option before the people’.

He did, however, hint at the discord within the party and tribalism that prevented MPs from voting with their conscience.

“Whilst I agree that Labour members’ views and values have not always shone through in the national Party’s position at all times, it is a requirement of Labour Party rules that our members vote Labour in elections,” he said.

Harriet Harman dismissed the idea she would vote for anyone but Labour, but did not respond to the News when it was put to her a vote for Labour was a case of putting political tribalism above her constituents.

“We have a simple message: Bollocks to Brexit. Love it or hate it at least you know what we stand for,” she told the News.

“What I would say to Southwark’s three MPs is this. If you really want to stay in the EU then vote for the Liberal Democrats.

“Now is the time to put party politics to one side.”

Council leader Peter John, said he still believed staying in the EU was the best outcome for Southwark and the UK –  and claimed the party supported that position despite ‘many views on Brexit within the party’.

“Labour does not support this Tory Brexit, which is why we support a People’s Vote if a General Election is not called immediately,” he said.

At Tooley Street, just one Labour councillor so far, James Coldwell, has quit the party or publicly backed voting for another, blasting the party as ‘missing in action’ since 2016’s referendum.

This week he was out campaigning with pro-Remain cross-party campaigners – but did not tell the News who would have his vote.

Southwark NewsNewsEXCLUSIVE: All three MPs and Council Leader are remainers – but will vote for ‘pro-Brexit’ Labour in EU elections