Neighbours have complained of fire risks 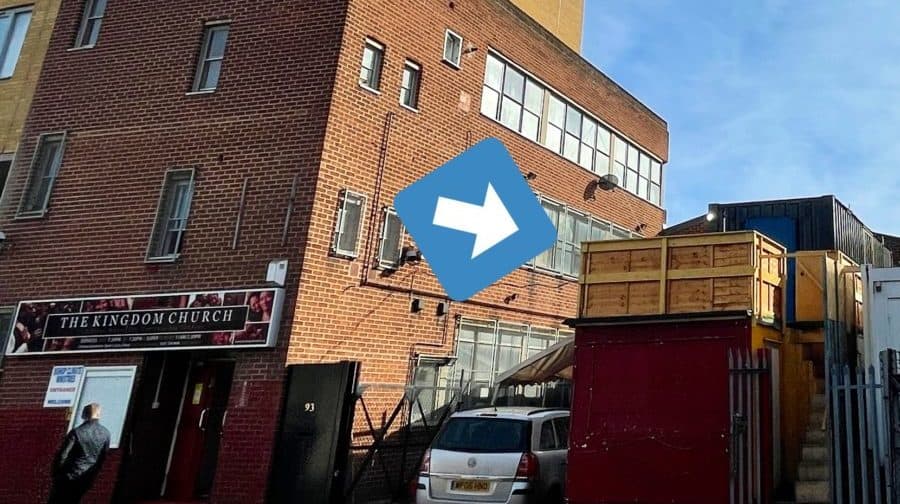 The structure that must be removed (picture courtesy of Camberwell Station Road, via Twitter)

A controversial Camberwell church whose charitable arm is being investigated by the Charity Commission over ‘serious ongoing concerns’ with its finances has now been ordered by Southwark Council to remove a structure erected without planning permission.

Last month The Kingdom Church GB,  a charity based in Camberwell Station Road, was taken over by the charity regulator after an investigation into its finances, including potential for funds to be ‘unaccounted for and misapplied’.  An interim manager has been appointed after the probe launched last August.

In the meantime the church which originally set up the charity – Kingdom Church – is also still subject to a trading standards investigation after this newspaper uncovered that its minister, Bishop Climate Wiseman, was selling useless, £91 ‘plague protection kits’ against COVID-19, leading to widespread outcry.

The minister later dubbed the wider press the ‘antichrist’ after the expose, and still defends the ‘divine cleansing’ cure. He told the News this week that the church ‘knows’ they are in the right, and said the £91 had only ever been a ‘suggested donation’ and not a price.

“Our casualties are 0 per cent but thousands of others have died [from Coronavirus] is that not a miracle and a sign that are right?” he asked.

Now the church has run into even more trouble after adding a shipping container and wooden platform to its grounds without Southwark Council planning committee’s approval. 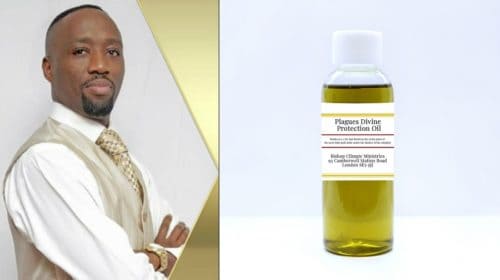 Although the church attempted to apply for retrospective planning permission – later withdrawn – the council has since served an enforcement notice, issued on March 31, which demands that the structure is fully demolished and removed by May 6 unless an appeal is submitted.

Southwark Council has also confirmed it is also investigating further potential planning breaches in relation to the uses being carried out on the site.

Residents have claimed church services include hazardous ‘burning rituals’ involving open fires being lit near buildings with cladding. The church has denied burning rubbish, as some residents claim, and says the ‘fire service’ is safe.

Over a hundred public comments were submitted before the decision was due this month.

Although dozens of supporters and members of the church made their case for the ‘youth training’ centre, objectors said the container was a ‘fire hazard’, not in keeping with the architecture on the street, ‘unsafe’, and disputed claims it was being solely used for youth mentoring.

One objector, living next door, said: “The structure has already been built with wood on top of a shipping container which is an increased fire risk.

“We have already been notified that our building needs improvement works with regards to the balconies on the Station Road side, wooden platforms and some cladding.

“These improvements will not take place until at least eighteen months.

“As the church regularly burns waste in their rubbish bins in the alley between the church and the new wooden shipping container structure this is an even greater risk, as one of the risks highlighted to us is the increased risk of fire spreading.

“Our property is residential with families and social housing properties that should not be put at this level of risk.”

The bishop has, however, issued a statement claiming that the church is improving fire safety measures.

In a tweet shared on March 26, he said that the church’s neighbours no longer had to worry about smoke from the ‘fire service’ and said the matter had been addressed ‘once and for all’ with the help of a specially trained fire marshal.

“So no worry. Apology for all the smoke. Love you. No more smoke,” he added.

The council’s enforcement notice said the structure’s “poor design, detailing and scale results in a substandard development that has a negative visual impact on the host property and the streetscene.”

In a further development, an application has also been lodged seeking permission for a new business – Tuko App – to operate from the site at number 93 Station Road. Bishop Climate told the News this week that he hopes the business will provide job opportunities to the local community.

The app’s website claims Tuko is: “One App, Many Uses. Now it’s possible for you to get over 1000 On-Demand Services in just a few taps.

“Get connected to nearby Service Providers and get instant and secure services on your doorstep.” Dr Climate Wiseman is listed as the company’s director.

The application requests changing the building’s official use from non-residential purposes to flexible office space for up to three years.

Southwark NewsNewsExclusive: Bishop Climate told by the council to remove structure built outside his church without planning permission