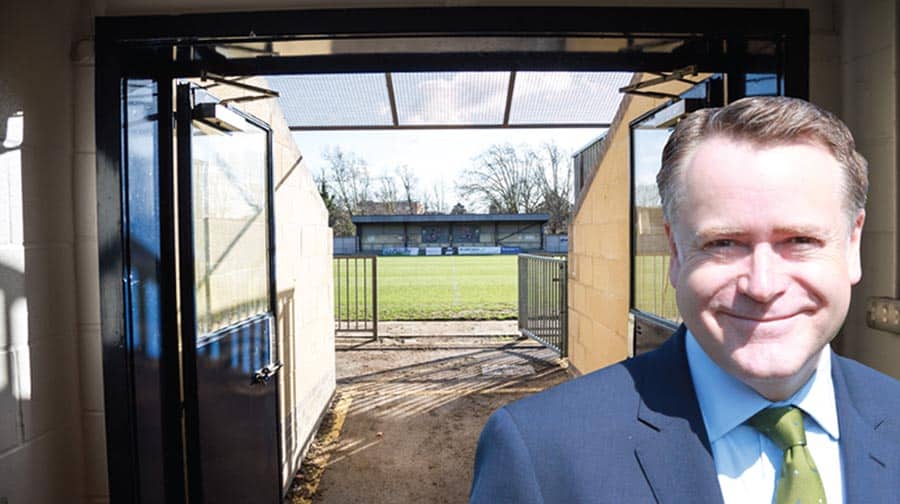 Thirteen thousand pounds of taxpayers’ money has been spent investigating complaints by DHFC landlord and developer Meadow, after Southwark Council leader Peter John ranted on Twitter: “Is this the most stupid development company in history or simply the nastiest?”

The council’s standards committee was forced to hold a costly internal investigation into a series of tweets from Cllr John’s account in April 2018 that Meadow claimed were ‘inaccurate and misleading’, and in breach of the council’s code of conduct by failing to treat people and organisations with due respect.

So you tell #Meadow that they will not get permission to build on the @DulwichHamletFC stadium site. After 4 years you would think they might get the message. Apparently not. Is this the most stupid development company in history or are they simply the nastiest?

At a formal hearing on Thursday, May 9, the committee’s members threw the allegations out, stating: “Councillor John is representing the voice of his constituents, which is the duty of a councillor.

“While the choice of words could have been better, they did not cross the line of breaching the code of conduct.

“Members of the committee also believe it was relevant that the tweet was phrased as a question.”

Dulwich Hamlet returned to Champion Hill in time for Christmas after eight months in exile; when Meadow kicked it out of its home ground over allegations of debts.

The 125-year-old club’s future was secured when MPs Helen Hayes and Harriet Harman and then-sports minister Tracey Crouch intervened in the wrangling between the club, its landlord and the council.

The hard-won deal involved Meadow writing off the disputed debts and the council agreeing not to compulsorily purchase the site as long as the terms of the club’s new lease were fair.

But although things between DHFC and Meadow are looking up, there appears to be no love lost between the company and Peter John.

Their feud was reignited this week when, on Monday, Cllr John tweeted exactly how much cash had been spent investigating the complaints levelled against him.

“£13,136.65p – that’s the cost to Southwark Council of dealing with unfounded complaints made against me by developers Meadow Partners,” he wrote.

“They may think it’s money well spent – but at a time when we’ve lost 63 per cent of government grant I doubt Southwark Council tax payers would agree.”

Speaking to the News, Cllr John said it was a “shocking waste of public funds to satisfy the thin skin of an American developer”.

A Meadow spokesperson attempted to take the high ground, telling the paper: “We do not see the need to comment on yet another inaccurate and misleading tweet from Cllr John.

“Our focus is on working constructively in person, rather than across social media, with Dulwich Hamlet Football Club, Southwark officers and the local community to bring forward a new planning application for Champion Hill.

“This will deliver a new stadium for DHFC together with much needed housing and community facilities.

“DHFC, Meadow Partners, the community and officers at Southwark have set aside historical differences and positively engaged to work together for the benefit of DHFC and the local community.

“We would ask that Cllr John follow this example and constructively engage with all parties.”

so what did the investigation decide : stupid or nasty ?