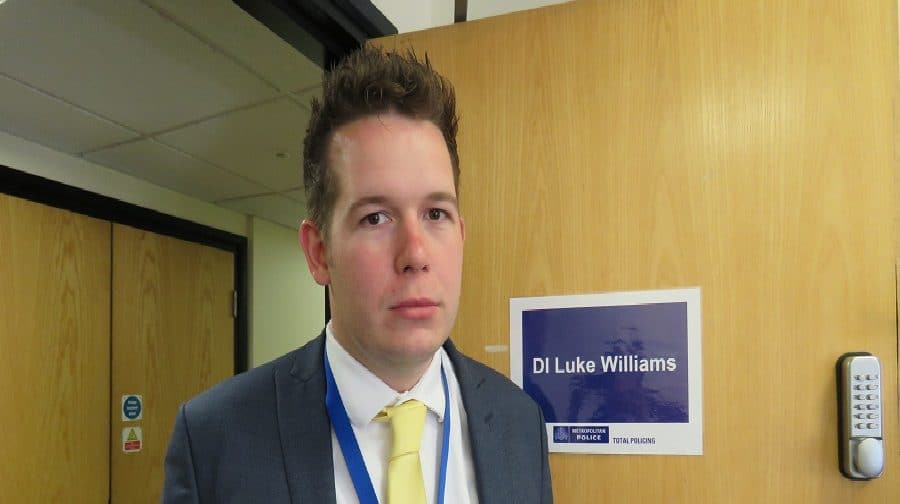 Last month, the News sat down with Detective Inspector Luke Williams, Southwark police’s gang lead, to find out how his team was tackling violent crime.

Just days earlier, 17-year-old Rhyhiem Barton had been shot dead, in a seeming execution, near his home on Kennington’s Brandon Estate.

DI Williams was keen to stress “the majority of our knife crime is not gang related. The majority is related to robbery offending.”

According to police figures, in December 2017, robberies – thefts with the threat of violence, such as someone waving a knife on the street and taking your watch – were up by over a third.

To respond to this threat, a new crack force team was set up and started tackling violent robberies at the beginning of this year.

And knife injuries to victims under the age of 25 are up – by 3.7%, though total knife crime has seen a reduction.

“Some of my staff were some of the first officers on the scene of the recent murder in Kennington and they don’t want to see more people die,” says Williams.

“They probably take at least five knives off the street a week, at an absolute minimum. We’re talking Rambo-style hunting knives that would absolutely cut you in half.”

But although most knife crime is robbery-related, gang violence is a huge issue.

“They make take some sort of pleasure from the fact they’re mentioned in the papers.

“We’ve got some smaller gangs that we deal with and monitor, but there are two that cause significant concern – and they don’t get on with each other.”

Kennington, Walworth and Peckham are the borough’s gang hotspots, but Williams counters claims a postcode drugs war is driving the current violence: “In my experience it’s more that it’s an honour thing – that they’ve been disrespected.

“It’s social media. We have one gang who will go on YouTube, film a video and make derogatory comments or curse about the other gang and taunt them to do things. We see [the videos] go back and forth between the gangs.”

It’s not just the under-25s at risk from youth violence, as his team have seen innocent bystanders caught up in attacks including cases of mistaken identity.

“I’m under no illusions – drug crime fuels knife crime. However, there will be gangs that are involved in drugs and some of their violence happens as a result, but we also see the opposite of that.”

“We don’t want to lock people up. We want to divert these young kids away from criminality to do something different.

“When that doesn’t work or we get intelligence to say that somebody is dealing drugs, they’ve got a knife, then we robustly act and use all the methods available to us.”

Stop and search, surveillance and warrant applications are some of those methods, but his officers are restricted in how they can detain a suspect without bail.

“My personal view,” he explains, is that if we are stopping somebody with a knife and they have got previous involvement with knives and youth violence, we do everything we can to keep them in custody because that is the safest place for them.”