Exclusive: Dozens of businesses sign up as ‘places of safety’ for children after Bermondsey grandmother’s campaign

'The response is brilliant' 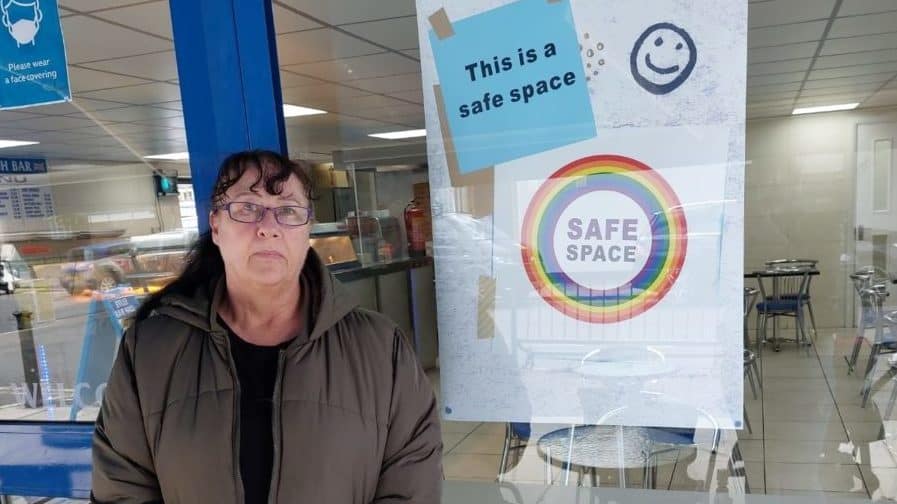 Vyonne Henry next to one of her posters. Businesses across Bermondsey including Elite Fish Bar are backing the campaign.

Dozens of shops and restaurants from the Blue to Tooley Street and Old Kent Road are now displaying posters advertising their premises as a ‘place of safety’ after a Bermondsey grandmother started a campaign to help protect our children from predators.

Yvyonne Henry, a grandmother-of-three and childminder who has lived in Manor Estate for 32 years, came up with the idea of encouraging as many businesses as possible to join the scheme last week.

She has become increasingly concerned about reports of missing children, attempted abductions, and the ongoing dangers posed by gangs.

After a post was shared on the SE16 social awareness facebook group last Friday she was quickly inundated with offers from people wanting to help.

She told the News: “It took off really quickly and I had posters ready the same day at about 5pm that evening. These issues have been going on for years, with kids going missing and needing places of safety.  I’d say 99 per cent of shops are up for it and we’ve now got the posters up from Tooley Street to Old Kent Road. Unless we put this information about there, people won’t know what is going on.

“The time when kids are most likely to go missing is between 4-7pm after school.  It may be that their parents are at work or they are old enough to walk home from school and end up alone. This is when they are preyed upon.”

Our TRA Vice Chair has had these printed for shops & businesses to display in local shops for young people to ensure they know it’s a #safespace for them if they are feeling threatened ?? pic.twitter.com/o7Xeog1p9M

She is keen to stress that it’s not just kids who can benefit but anyone who is feeling threatened; including women being harassed.

Among the businesses to enthusiastically back the scheme in Bermondsey are Elite Fish Bar, Dougal’s Hair and The Ship Aground pub.

The campaign could not have been so successful without support from Compass School, who are helping to print hundreds of posters – with more still to come.

Emma Walkey-Williams, the secondary school’s assistant principal for community, told us on Tuesday: “It’s my job to keep on top of everything that matters to the community, it’s a really important role for me given that I actually come from the area.

“I came across Yvonne’s post on facebook asking for someone to print some posters in reaction to what’s going on, and offered our services to design and print the posters. Part of our school development plan, our mission, is to be a force for good in the local community.

“It’s us trying to help in a little way what has been an incredible community movement in response to the attempted abductions.  I printed originally 100 and I’ve just printed another 100 which I’m going to drop to Yvonne this afternoon.”

Yvonne says that many families, herself included, have been left worried about reports of attempted abductions in other south London boroughs, and by the sheer number of children reported missing long term, many of whom are being groomed by county lines gangs.

A shocking incident involving a young girl being targeted in Bermondsey on Monday this week has only highlighted the importance of the campaign.

A Met spokesperson confirmed that on Monday, May 24, police were called to Abbey Street at around 1pm to reports that a man – a stranger – was attempting to talk to a girl and grabbed her arm.

Fortunately, the quick-thinking victim phoned a family member for help who alerted police.

Her description also helped officers to track him down in a nearby house just over half an hour later, and arrest him on suspicion of kidnap.

The suspect was taken into a police station and detained under the Mental Health Act.  Police say enquiries are still ongoing into the incident.

Meanwhile, reports have been circulating on social media about attempted child abductions in Peckham. A Met spokesperson told us: “We are aware of significant concerns raised on social media around rumoured child abductions in Peckham, which speculate that males in white van have approached children intending to abduct them. We have received no such reports at this time.

“Police fully understand the concerns from parents and residents in Southwark and would like to reassure the community that all reports of this nature are taken very seriously indeed. Fortunately, incidents of child abduction are very rare, and we can confirm that no reports relating to child abductions have been received.

“We respectfully ask the community to refrain from engaging in speculation that can unnecessarily increase the fear of crime and cause great upset amongst our communities, and, in the event of an incident concerning public safety, please contact police immediately by dialling 999 in an emergency or 101 in a non-emergency situation.

“To provide information about crime without giving your name please call Crimestoppers on 0800 555 111 or visit crimestoppers_uk.org.”

Although the Met have routinely sought to reassure parents by saying abductions or attempted abductions are extremely rare, street harassment and gang exploitation are sadly not out of the ordinary.

“It’s been going on for years and there are so many children missing, especially black children, but no one knows about it,” Yvonne said.

Like many, she is shocked that there is so little publicity about some under 16s who have been missing for weeks at a time.

As vice-chair of Manor Estate’s TRA she is very involved in its efforts to protect children in the estate by putting on holiday and other activities, and raising awareness of personal safety.

This is something our TRA take incredibly seriously.
We are always talking to neighbours about the dangers & providing safe & requested activities where young people have positive engagement.
We will NEVER give up ?Lisa https://t.co/bhpgnqWMhQ

The TRA has also been campaigning to make it a requirement for all tenants organisations to fully Disclosure and Barring Service check (DBS check ) their officers and volunteers, something Manor Estate already does.

She now hopes to get more local schools involved in the place of safety campaign so as many young people as possible know how they can get help.

“The response to it is brilliant,” she added. “I didn’t realise it would take off as much as it has.  I’ve got people messaging me every day about it. The shops down the Blue, everyone really, have been fantastic.” 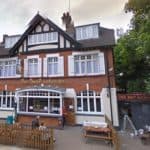 The Ship Aground, Wolseley Street

Ship Aground landlady Pat Jarman saw the call out online and immediately wanted to help. “I  thought it would be a good idea, we aren’t going anywhere and we’re the only community place on this street,” she said.

“I wouldn’t like my children to have been threatened, it seems to be happening more and more.  It’s quite frightening, but if anyone needs help we are here. Our pub is a community pub here in Dockhead. It has always been a community here.”

Elite Fish Bar owner Niyazi said the idea was that ‘prevention is better than cure’.

“Parents are worried about what is happening in Bexley and Bromley and that it could happen here,” he said. “Rather than waiting for something to happen, we are making sure that shopkeepers here are ready.”

Although police later said there was no evidence the four reported incidents in Bexley and Bromley were linked, or abductions were planned, they did later admit to failings in one investigation involving the eleven-year-old son of a Line of Duty actress.

He had sought refuge in a basketball court after two men in a van tried to abduct him in Beckenham.

In a later statement, Superintendent Andy Brittain, from the South Area BCU, admitted: ‘I fully acknowledge our initial response was not sufficient given the extremely worrying circumstances of this incident.” 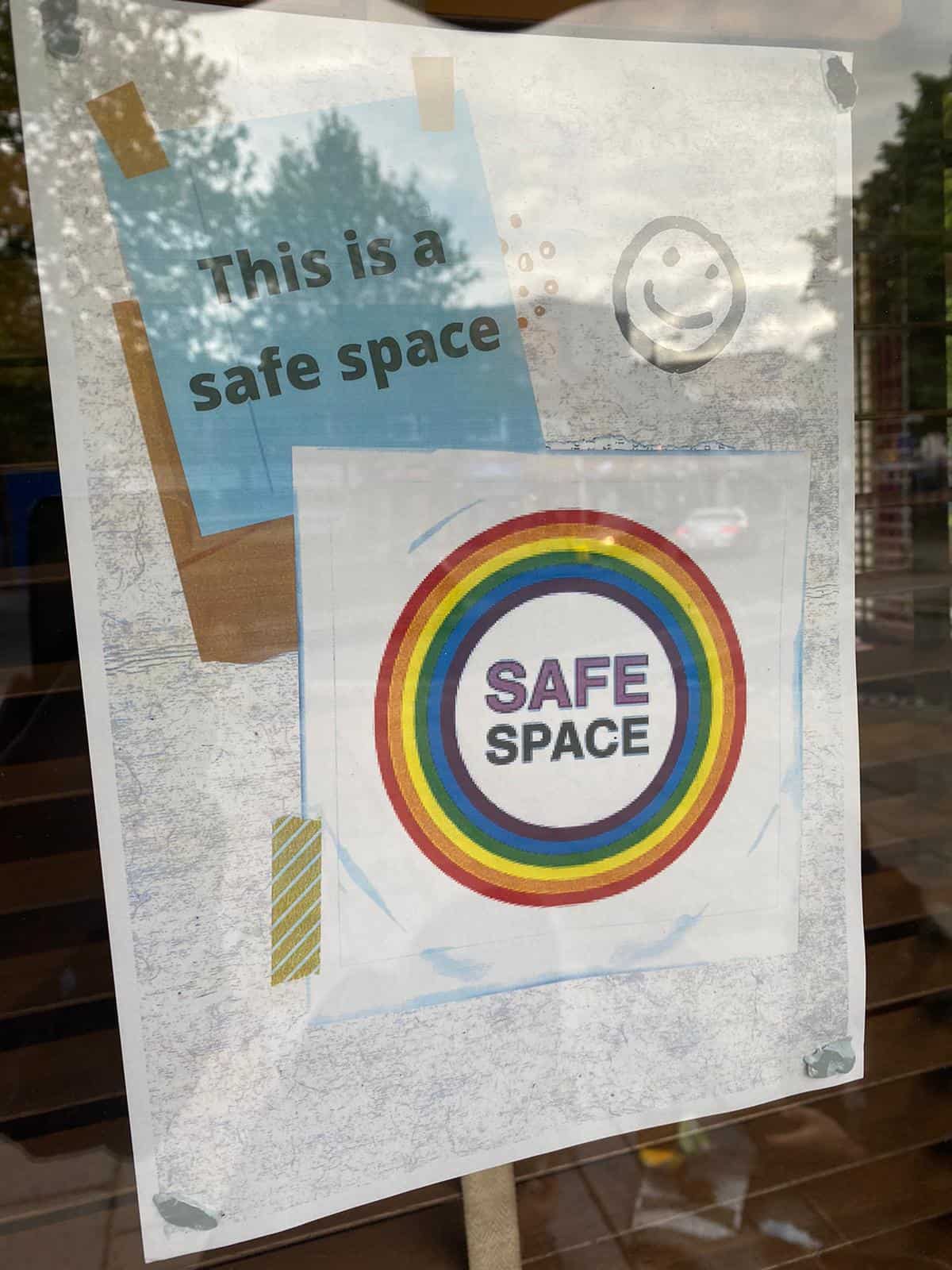 Southwark NewsNewsExclusive: Dozens of businesses sign up as ‘places of safety’ for children after Bermondsey grandmother’s campaign