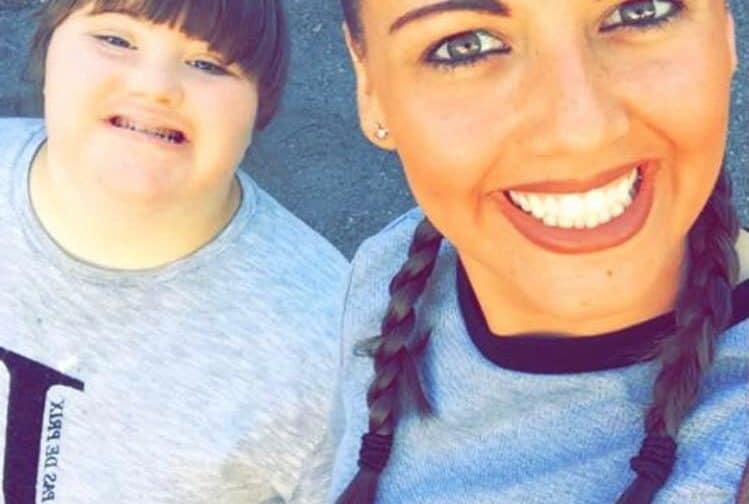 Lucky Cullen and her sister

An Easter holiday scheme giving autistic and some of the borough’s most profoundly disabled children and young adults access to sports will not be held for the first time in seven years, after its organisers said they unable to confirm funding from Southwark Council.

Put on by the PE and Schools Sports Network at Bacon’s College and funded by Southwark Council as part of its social care services, the holiday scheme the largest of its kind in London and only one of its kind in Southwark.

Manager Glyn Davies who runs a weekly Saturday club for 85 people, says the holiday schemes cater for around 40 children and young people, at a total cost of around £100 per young person per day – including those with the most serious disabilities.

He claims the last few years have seen the council become increasingly last minute when deciding whether or not to fund the Easter and summer programmes.

This year after a ‘total breakdown in communication’ from the council, after previously being assured of their support, he has been cancel at short notice.

Glyn and his team put in months of preparation to book off-site activities from bowling, trampolining, swimming, football, gymnastics and kayaking, and catering with a team of 25 specialist staff.

But without confirmation, he has been left unable to assure suppliers they will be paid.

“We have built up a long relationship over the years with many of the people to come to the Easter scheme,” Mr Davies told the News.

“It is just a shame, because if they do not have the funding it would have been good to admit that and not just ignore all the emails.

“No one replied when I got in touch with them to say it was now so late in the day that I had no option but to cancel.”

He says the delays are nothing new, claiming he didn’t receive the payment from Southwark for last year’s Easter scheme until November.

Fifty-nine-year-old Leslyn Alatishe, whose autistic son, Debo, aged 21, has attended the scheme since he was eleven, said when it came to funding, the council and its partners kept ‘passing the buck’.

The 59-year-old retired nurse from Rotherhithe said: “This situation has been a constant problem for at least the last three years.

“The provision has gone from being sketchy, last minute to now non-existent, with all the agencies that are supposed to help fund it passing the buck and not informing parents or carers of their decisions.

“This has resulted in most of the young people either staying at home all day or having to access limited provisions in other boroughs. That’s if they know about it.”

She says the scheme is particularly important because it caters for older children, with no other holiday services available for the over-sixteens.

As the News reported last week, parliament’s human rights committee, chaired by Camberwell and Peckham MP Harriet Harman, has launched an inquiry into the national scandal of autistic adults and children kept in secure in-patient units and their use of physical restraints in the absence of appropriate care in the community after funding cuts.

Holiday schemes, like the one at Bacon’s College, are a vital part of building relationships and interacting with the outside world.

“If you are over 25 there is nothing out there, so we are trying to get him to a point where he can work somewhere doing something,” says Mrs Alatishe, whose son wants to be a chef.

“A lot of autistic people end up in mental health hospitals.

“We need two things. Employers who are willing to take people like him on with jobs as simple or complicated as they need to be.

“And, for the ones who are too disabled to work, we need centres where they can go and be stimulated.”

Without the Easter scheme going ahead, she has used more of her weekly care allowance to make sure Debo has the right care and plenty of activities to look forward to ahead. Nichola Still, a single mother to Louie, who is autistic and epileptic, said she was devastated by the cancellation as the scheme is the only place her son is able to join in with others his age.

“This is the only place Louie goes and participates. This will make things so hard for me and I am devastated,” she told the News.

“The scheme offers a safe place for our young people where they have access to sports and opportunities which not only promotes social inclusion and wellbeing but combats isolation,” she said.

Southwark Council said it was investigating the claims made in this article, with councillor Jasmine Ali, cabinet member for children, schools and adult care saying she wanted to be clear that its funding promise had not been reneged.

“I am sorry that this unwelcome situation has occurred and we are still working to resolve it in the best interests of the young people and families affected,” she said.

“I empathise completely with the young people and their parents who had been expecting to attend this group.

“I want to reassure parents and PE that we are investigating this very issue and looking into what happened with regard to communications between the council and London PE.”

My son Peter has been let down by Southwark not funding the scheme this Easter. It is SO important to both his physical and mental wellbeing. I would love to know what ‘alternative provision’ has been made available, as this is the first I’ve heard if it and we certainly have not been offered anything. As usual I have had to work hard to identify and book activities for Peter over the holiday period, which is especially important as I am currently having treatment for cancer and am not able to do as much with him myself as I would like. It is so short sighted of Southwark to neglect this excellent provision, especially with current concerns about the physical and mental health of young people.

As the sister of a brother with learning disabilities including autism. I am so sad to hear of this and very aware how important it is to provide these services. Not only for the participants themselves but families and carers, as well as for a wider cohesive, active and happy community. It is also a surprise that this funding has been cut when our area is one of the few with significant money pouring into the council – there are multiple £15 million flats sold on an individual basis along the Thames, new high rise luxury developments being approved across the borough and surrounding areas on land sold off by Southwark council as well as the privatisation of public parks for council profit such as Alice in Wonderland. I would like to help ensure the future of VITAL initiatives like this. Especially when I read a comment like Melanie’s above. This is what the council should be funding. This initiative should be first in line. This weekend Bermondsey was voted again as one of the best places to live in the UK for five years in a row. We should make it the best place to live for all people who live here. The council should