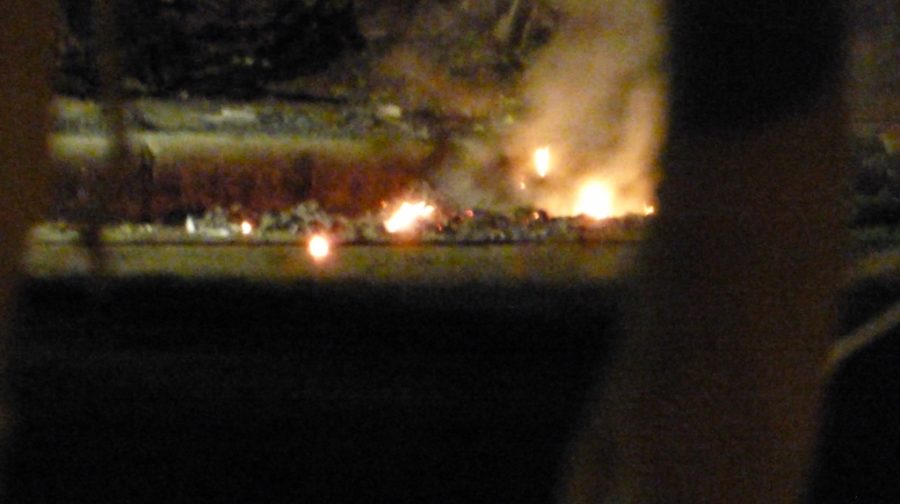 Local residents were dismayed to find several unexplained fires in a beloved neighbourhood park in Rotherhithe over the Easter weekend, writes Kit Heren…

The fires, which seem to have been lit with newspaper, were discovered by local man Kam Hong Leung at around 11pm in Russia Dock Woodland on Good Friday (April 2).

The fires, which he found near the recently planted wildflower meadow on Waterman’s Way on the east side of the park, appear to have blown themselves out within about ten minutes, according to Leung.

He added that he also saw a Santander bike that appeared to have been abandoned.

Photos show a heap of charred debris lying next to a sign telling visitors that barbecues are not allowed in the park. 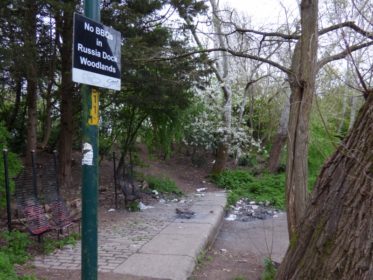 Another Rotherhithe resident said that although this series of fires did not develop into a more serious blaze, people playing with fire in Russia Dock Woodland has been a problem for years.

A spokesman for the Met Police said officers did not attend the scene. Dedicated ward officer for Rotherhithe Carina Tunks told Leung in an email on Monday that although she had not seen the fires, officers would “conduct more patrols over the coming days around the woodland and show more visibility”.