'We are thrilled to have raised such an amazing amount,' say Redthread staff 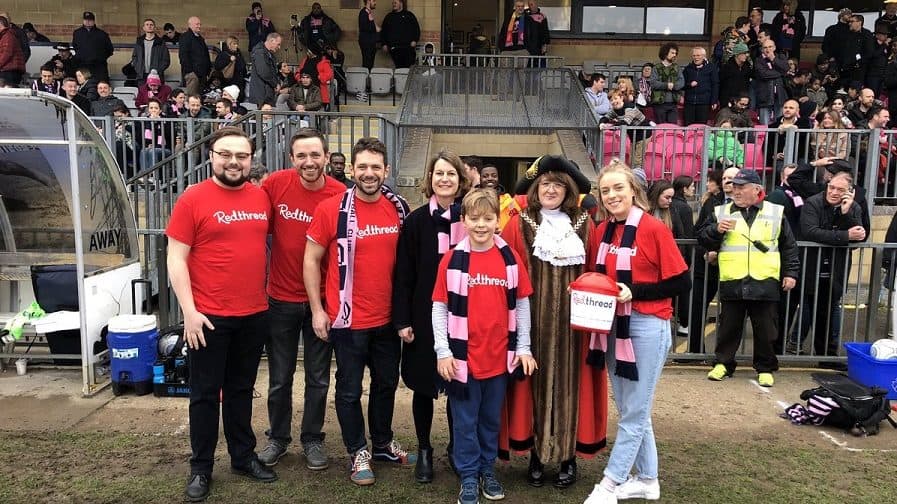 As the News reported, Redthread’s youth workers support young patients at King’s College Hospital’s trauma unit, and help them break a cycle of violence – whether at home or on the street.

At the game on Saturday, February 16, the club held bucket collections, donated proceeds from the doors, held a raffle, and auctioned off a specially-commissioned Redthread kit.

Redthread’s fundraising manager, Mairi Wilson, told the News: “We are thrilled to have raised such an amazing amount at the charity match day at Dulwich Hamlet FC.

“We are blown away by the generosity of the supporters and the Dulwich Hamlet’s Supporters’ Trust.

“A special thank you to Max and Owen who won the 50/50 raffle and chose to donate their proceeds to the charity.”

She also thanked vocal Hamlet fans MP Helen Hayes and the mayor of Southwark, councillor Catherine Rose, for their support on the day.

“The money raised will help Redthread continue to support some of society’s most vulnerable young people to be healthy, safe and happy,” she added.