Exclusive: Homelessness charity Divine Rescue could be ‘on the streets’ by end of April 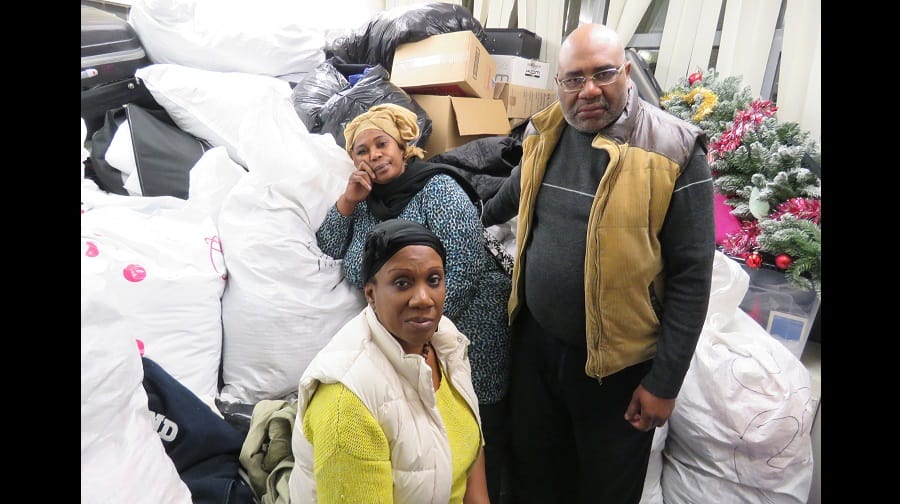 A multiple award-winning homelessness charity and soup kitchen faces becoming homeless itself after a two-year battle to stay in its Aylesbury Estate base – amid claims of anti-social behaviour, complaints from residents, and Southwark Council court action.

That day came and went and, at the time of going to press the charity still has no new premises to move to. The council has now granted an extension until April 18, but warns time is running out.

Divine Rescue has been based at the tenants’ hall for nearly fourteen years and in that time won plaudits for its work – including from Southwark Council, local police officers and community support workers, with praise even coming from the top at Southwark’s Met.

Its roster of sixteen awards received between 2009 and 2016 include winning the 2013 Stephen Lawrence Women Awards and 2015’s Best Community Initiative at the Southwark Housing Heroes Awards.

But in the last two years, the charity has been embroiled in an increasingly acrimonious dispute with the council.

While the local authority has made claims of anti-social behaviour at Divine Rescue’s events, strongly denied by the charity, its volunteers have been exasperated by the long-running leaks, hot water and heating problems in the building.

The charity, which currently has no formal lease and is no longer paying rent, has previously had its hours and access to the building curtailed, but until this month has been allowed to continue using Thurlow Lodge.

Councillor Victoria Mills, cabinet member for finance, performance and Brexit, told the News: “Following a series of complaints from residents, many about antisocial behaviour, and a very serious incident where the police were involved, we had no choice but to involve the courts and insist that Divine Rescue curtailed their night-time hours and ultimately found an alternative premises.

“Despite these difficulties, we have worked with them for over two years now to try to resolve this situation.

“In February we reached a mutual and voluntary agreement with Divine Rescue that they would leave on 4 April.

“We will now offer Divine Rescue a further short period of time to find new premises but ultimately, in line with residents’ wishes and due to serious nature of incidents that have taken place, we can no longer support them remaining after that.

“The Thurlow Lodge premises is a community facility for all and we will continue to work with local residents to ensure it is open for them.”

People who have been helped by the charity are distraught and, after failing to find and alternative HQ, have launched a last-ditch campaign to reverse the decision, appealing to local MPs to intervene.

One resident in Neil Coyle’s constituency, Bermondsey and Old Southwark, wrote to the Labour MP saying: “The impact of the service provided by Divine Rescue being withdrawn will have devastating effect on our lives, as this is the only safe place where we can come without being judged or ridiculed; treated with respect and dignity; and be able to receive the support that we need to rebuild our lives.”

The council says it is not its job to find the charity a new home – arguing its work duplicated its existing professional services and could even inadvertently divert people away from help.

“Following expert evaluation of the services provided by Divine Rescue we concluded that the high quality services we commission from Shelter and St Mungo’s, which ensure that homeless people receive a wide range of support beyond food for the day, should be prioritised,” explained Cllr Mills.

“There is a danger that, however well-meant, when rough sleepers are diverted elsewhere, they could miss out on this broad range of support that we already provide.”

Divine Rescue has countered these claims, arguing there is a real need for a soup kitchen and long-term support in Walworth.

Sister Catherine Msoni, the charity’s founder, claimed trustees felt pressured to sign the agreement to leave, arguing they never would have done so on the understanding the council wouldn’t help them find a new home. She told the News the stress had left her ‘isolated’ and ‘undermined’ by the dispute.

Southwark NewsNewsExclusive: Homelessness charity Divine Rescue could be ‘on the streets’ by end of April