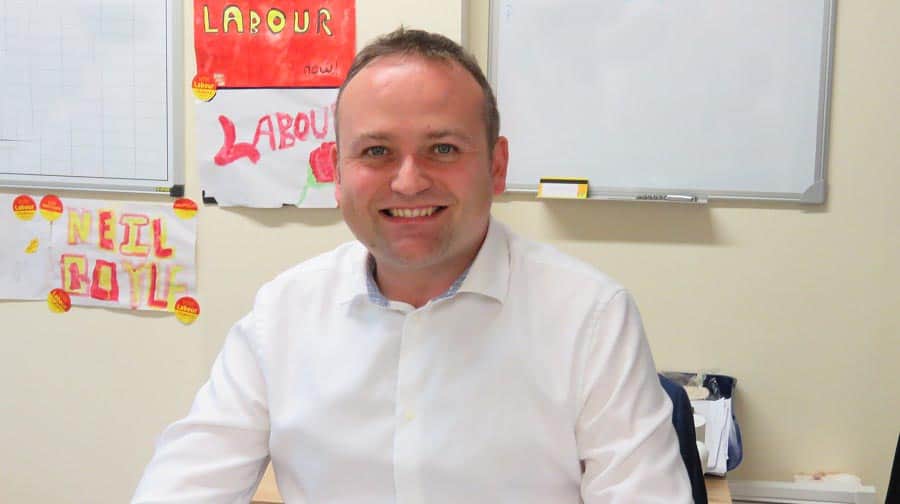 Neil Coyle says he turned down an offer to join the breakaway group of eight Labour MPs who resigned and formed an independent group this week, saying he will stay with Labour because it is still the ‘vehicle for aspiration and hope’ for voters.

On Monday seven labour MPs announced they were leaving the Labour Party and forming an independent group, claiming ‘none of today’s political parties are fit to provide the leadership and direction needed by our country’. An eighth MP joined on Tuesday.

Neil Coyle has been a vocal critic of the party’s record on tackling anti-Semitism and the leadership’s lacklustre remain campaign in the run up to the EU referendum.

Previously pegged as a potential ally for the group, Coyle told the News he had been approached by the faction but had turned them down.

“They have made their decision and I’m not going to criticise what they have said, as I understand their concerns,” he told the News.

“I will work in the Labour party to address those legitimate and genuine concerns over Europe, anti-Semitism, and members who feel shut out of making decisions.

“I believe the Labour Party is the vehicle for aspiration and hope for working people, and I believe Labour is best when it is boldest, and it is that boldness that we need to tackle internal problems.”

Never one to avoid a twitter showdown, Coyle has also been on the warpath against ‘swaggering brocialists’, taking aim at what he believes are sexist, bullying, male left-wingers on social media, whom he says are ‘riding roughshod over our party’s values’, warning more MPs, councillors and members will leave if online abuse is not tackled.

At the time of going to press, the News understands Harriet Harman is planning to make a statement to her constituency party on the split. The Camberwell and Peckham MP, who was first elected into the house in 1982 is expected to back calls for Labour to address antisemitism and other issues that have led to the resignations whilst reiterating her support for the party.

Contrary to some speculation, Harman has not been approached by the independents and will stay with Labour. Meanwhile, Helen Hayes has told her constituents ‘there is no question’ of her leaving the party, saying Labour and trade unions are ‘part of my DNA’.

Lambeth is divided into the Dulwich and West Norwood MP’s constituency, and that of Chuka Ummuna, one of the architects of the new independent group, along with Luciana Berger, Ann Coffey, Mike Gapes, Chris Leslie, Gavin Shuker, Angela Smith and Joan Ryan.

Although Coyle and Hayes have not criticised their colleagues for leaving Labour, both have criticised those celebrating the defections, afraid the split could leave Labour effectively unelectable, seal a catastrophic no-deal Brexit, and further cuts to the public purse.

“When the Labour Party has focused on our internal differences, we allow the Tories to continue with their damaging agenda unchecked and fail to defend the most marginalised,” said Hayes. And although the independents have left the Labour Party, none have stood down as MPs, despite being elected – in some cases with big majorities – on the back of Corbyn’s electoral campaign.

Southwark Momentum called on the independents to do the ‘honourable’ thing and resign to force by-elections, so their constituents could decide who should be representing them in parliament.

“We are disappointed that MPs elected on Labour’s manifesto in 2017 have chosen to abandon the party.

“Their constituencies elected Labour MPs not independents or ‘new centrists’.

“The honourable course of action would be for these MPs to resign their seats and fight by-elections, to give their constituents a democratic say in what party represents them,” a spokesperson said.