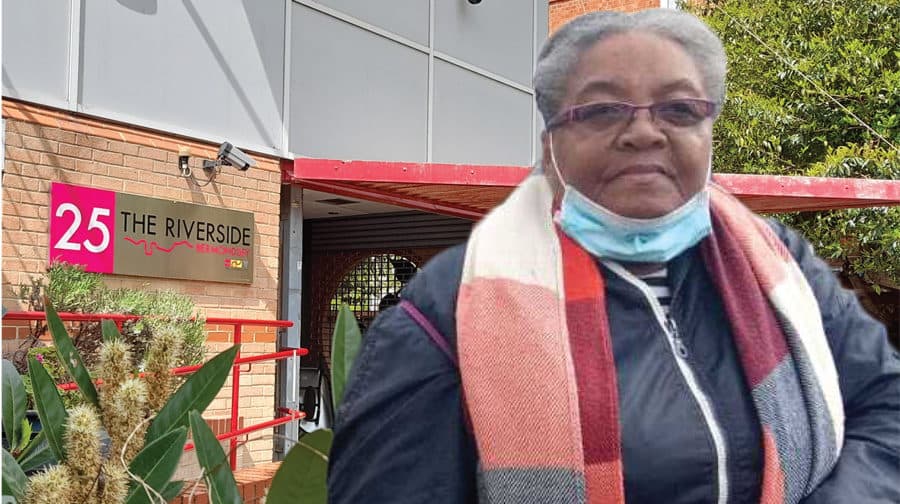 Parent and carer Norma Lawrence next to Riverside day centre, which her daughter attended before the pandemic

Riverside Day Centre has been saved after a dramatic intervention by parents, carers and Southwark Council.

In May this year we revealed the Bermondsey service was being shut down with no prior consultation from its managers, The Camden Society.

It emerged that Southwark Council – which owns the building – had been completely unaware of the Camden Society’s decision; a claim that the organisation appeared to deny.

At the time, The Camden Society said it had been in discussions with the local authority for ‘over two years’ about the service’s future, while the council alleged the society had taken a ‘unilateral decision’.

On Tuesday, Southwark Council leader Kieron Williams confirmed that the centre for adults with disabilities and learning difficulties – which closed during lockdown – would be taken over by local charities with support from families.

“Our priority has always been to ensure the provision of care and support for those who need it,” he told the News.

“So I am delighted to say we have been able to agree a way forward with families and local charities that will ensure a new day service is offered from Riverside Day Centre.

“I was deeply disappointed when we previously heard The Camden Society had taken the decision to close Riverside Day Centre, without consulting the council.

“In doing so they let many adults with disabilities and their families down. So I am especially glad that we have been able to work with families to turn this situation around.

“We will transition safely to the new arrangements and will put the new day service on a sustainable and secure footing for the future.”

A spokesperson for The Camden Society, told this newspaper in response: “As stated earlier this year, The Camden Society (London) had started to develop community-based support for people with a learning disability, away from the Riverside building, in line with national best practice.  We are continuing discussions with the council about the delivery of support going forward.”

Families who depended on the lifeline service had been left in shock at news of the closure, not least because they had already fought a hard-won campaign five years earlier to save it after its lease ran out. Eventually, in 2017, had the council U-turned and carers thought their nightmare was over.

But then COVID-19 brought new challenges. The Camden Society had changed the type of care offered during lockdown to a community-based model, including taking those who normally spent a whole day in the centre taking part in group activities out on brief walks instead.

Families had been looking forward to the return of more structured respite care as the country reopened, only to find out in the Spring that despite the end of lockdown restrictions the service would not resume “due to COVID-19” and the need for building repairs.

Thirty-six-year-old Gemma Cooper chairs the Riverside parents and carers group and was one of the key campaigners who helped save the centre five years ago.

She said she was over the moon with the news that Riverside would reopen, reiterating that this time the council had been there ‘every step of the way’ with families.

Her 38-year-old brother Lee Eidson, who lives with their parents in Bermondsey, has been attending the centre for nineteen years. He has a range of learning difficulties.  The centre has been a place where he can develop his skills but also provide some time off for their pensioner parents.

Gemma told us that the first she heard of the planned closure was when her mum phoned her up to tell her about a letter, sent in April, explaining that the service was transitioning to community care.

It came as a huge shock given that from March 2020 to September that year there had been no service at all due to lockdown and from then on the offering had been extremely limited with just an ‘hour here and hour there’.

“The Camden Society told me that the council had wanted it to go more back to being community based, but the council actually had no idea what was going on,” she said.

“I have to say that Southwark Council have been amazing throughout – which takes a lot for me to say after what happened last time.”

The new model simply wasn’t working, she added: “The Camden Society was using other community centres instead, sometimes as a base before going on to do a different activity, or for a few hours. They aren’t all secure and they don’t always have changing facilities.

“They were using, at different times, The Green at Nunhead, RJ4ALL community centre, and out of borough places like The Albany in Lewisham and one in Vauxhall.

“But if they were hired out by other groups then the location would change, and parents would have to travel to another place.

“It costs £7 in a taxi to get my brother to Riverside, but £14 to the Green, and that isn’t in his care plan so it’s an added cost to my parents.

“Carers need stability and to know the facilities are right.

“We have had adults who need changing who have been left without from 7.30am to 4.30pm because the centre has no hoist or adult changing table, including on very hot days.

“It was a health and safety issue and we got to the stage where parents weren’t sending them back because they felt uncomfortable.

“It was horrible for parents and for the people who use the centre who haven’t seen each other – friends in some cases they have known since nursery.”

Norma Lawrence, whose daughter Dawn has been attending Riverside for more than three decades, had raised the alarm with councillors and other parents after finding out about the proposed closure.

When we first spoke to her in May 2021 she told of the huge toll lockdown, and fears for her daughter’s future without the centre, had on her family’s mental and physical health.

Dawn, who is partially sighted and profoundly deaf, loved doing art activities and cooking at Riverside, and is a dab hand at tidying up the kitchen after making her favourite muffins.

Learning to navigate a new building, and being without friends she has known for most of her life, would have been extremely hard – let alone without constant location changes and complex travel arrangements. 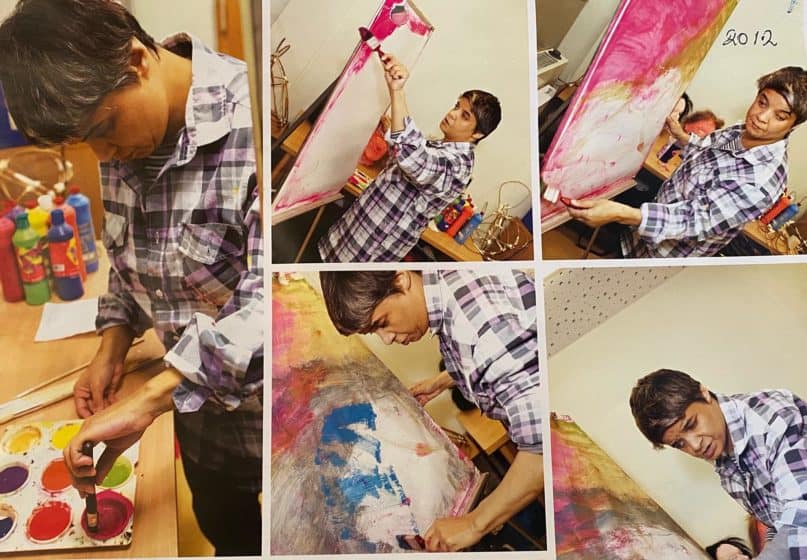 “I want to say thank you to Southwark Council and all the service users and carers who have helped put this solution together,” Norma said.

“It has been a very difficult time with a lack of information coming from both sides.

“As carers we have enough to do normally but even more during COVID and that has caused us huge stress.

“I am so pleased and joyful that Riverside will stay open and be accessible to the users who depend on it.

“I’d also like to say a big thank you to Southwark Pensioners Action Group and Southwark News for the platform they have given me to alert people about what happened.

“Thank you so very much for reporting on this. It could have gone the other way – we had a similar situation in 2017 and this time the council really listened.”

She said this week’s news that the centre’s future was secure was a ‘huge deal’: “It will make a lot of difference to Dawn, seeing the group she would normally see, interacting with people again and seeing all the staff.

“She’ll be looking forward to going back and having her two days a week at Riverside, it’s a place that just works for her.”

The Camden Society were taken over by The Thera Trust a few years ago. It’s been Thera who have had control over the whole thing. they have a past record of stripping assets from ogranistations. they never have and never will be a care group. They offer financial support (but that never happened)
they should be ashamed of themselves

Well Done,
Saving this much needed service is so important.
Recognition of the rights of people with disabilities has been shown to take presidents over financial driven decision making.