Firms can carry out construction work until 9pm during the pandemic 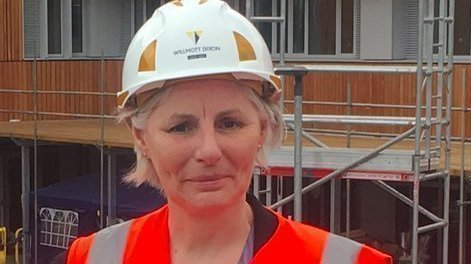 A government move to relax the hours construction firms are allowed to operate to 9pm has been slammed by a Southwark councillor.

He advised councils that working until 9pm should be allowed Monday to Saturday, and even 24-hour working in some areas without residential properties.

“Applications should only be refused where there are very compelling reasons such as significant impact on neighbouring businesses or uses which are particularly sensitive to noise, dust or vibration, which cannot be overcome through other mitigation, or where impacts on densely populated areas would be unreasonable.”

The decision was criticised by Borough and Bankside councillor, Adele Morris, who had started a petition against construction firms being allowed to work late hours during lockdown.

“Furious that Robert Jenrick has now agreed that construction work can carry on until 9pm Mon – Sat,” said the Liberal Democrat councillor.

“He clearly doesn’t know what it’s like to be in lockdown in a small flat, trying to work/teach children or just relax with a major building site continuing to operate next door.”

A petition started by the SE1 rep had previously urged the government not to take such a move for fear of negatively impacting residents who are stuck in-doors.

“In populated areas, where residents are currently confined for long periods in small flats with no gardens, the noise from the construction sites that have continued to work during the lock-down is already impacting on people’s mental health,” states the petition.

It comes as Grosvenor, the developer behind a major regeneration of Bermondsey’s Biscuit Factory, revealed it would be beginning construction soon on its project.

“Work will start soon on the building of over 1,500 rental homes and a secondary school, which will improve the fabric of this part of the city, delivering much-needed rental housing and creating a new investment for long-term hold,” said the developer’s chief exec, Mark Preston.

Grosvenor – owned by the Duke of Westminster – had been originally been rejected by Southwark for its plans at the site, but was eventually given approval by City Hall