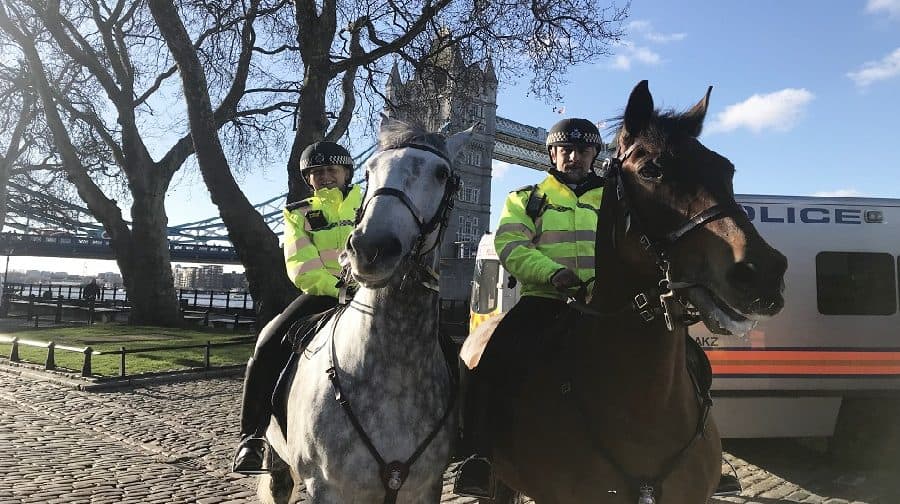 A beefed-up  police presence of counter-terrorism officers has gone live across London, including Southwark, the London Met has confirmed.

Project Servator is the Met’s new frontline tactic to “deter, detect and disrupt terrorism”, and has been trialled in locations such as the Square Mile and Heathrow Airport since 2014 and 2016 respectively.

The deployment enables officers to respond quickly – and flexibly – to potential threats with both undercover and highly visible officers.

According to the police, Project Servator officers have gathered more than 500 pieces of intelligence about suspected criminal activity and conducted more than 550 searches; leading to 176 arrests for various offences.

A spokesperson from the London Met told the News: “There are hundreds of Project Servator officers being deployed across London every week, and they will often be joined by officers from a range of other police units, including the Dogs Unit, Mounted Branch, Marine Police Unit, and the Automatic Number Plate Recognition Bureau.

“We will not be discussing specific numbers as this may provide potential terrorists with information that helps them.

“Project Servator officers are not based in one specific area. Instead, the hundreds of specially trained officers are being deployed day and night, as and when required, across numerous areas of London.”

Superintendent Nick Aldworth, head of the Met’s project Servator teams, said the public should not be worried if they see a deployment in their area, and encouraged them to speak to officers they see and report anything that seems unusual, out of place, or “doesn’t seem to fit with day-to-day life.”

Report suspicious activity or behaviour to a police officer, member of security staff, or to call local police on 101. Alternatively, report it online at gov.uk/ACT.