The fifteen-year-old defendant denies stabbing the victim to death 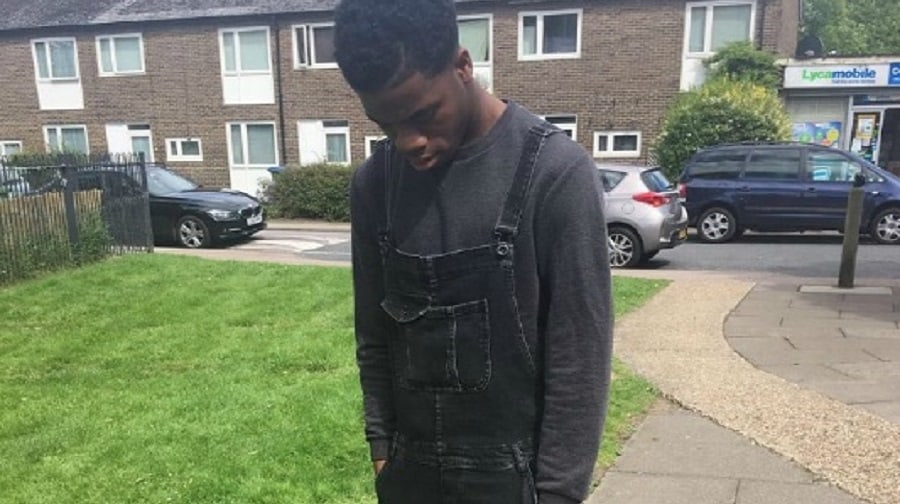 An aspiring Peckham rapper was fatally stabbed with a Rambo-style knife at a party that got out of control, a court heard.

It is alleged that a boy aged fifteen murdered Leoandro Osemeke (aka Showkey) on August 5 – a week after his sixteenth birthday.

The Old Bailey heard on January 25 that the defendant struck Mr Osemeke twice with the blade, as he walked into the packed hallway of a townhouse in Colegrove Road, Peckham.

Mr Osemeke then staggered outside where he collapsed and died.

“By about 7.15pm the party had become noisy and was spilling out onto the road, and local residents made calls to the police about disturbances being caused generally by the party.”

Ms Wilding added: “The prosecution allege that [the defendant] murdered him, that he stabbed him deliberately twice. Those two blows were deliberate, and with force, and into the chest area. One of them pierced his heart.

“The defendant accepts that he stabbed Showkey. Your task will be to decide whether in doing so he was acting in a situation in which it was or may have been necessary to defend himself.”

The trial continued on Tuesday with two teenage girls describing what they saw to the jury.

One young girl, who cannot be named, said Mr Osemeke repeatedly tried to get to his feet as his friends begged him to stay on the ground until an ambulance arrived.

“I saw drops of blood everywhere. People were recording him for Snapchat,” the girl said.

“His friends were screaming and crying, begging him to stay alive. His eyes kept going to the back of his head. I knew that he was dead. His chest wasn’t moving and he looked cold.”

The other witness said she heard shouting and saw people pushing and shoving in the hallway before noticing Mr Osemeke moving back towards the door.

“I saw the person who was getting targeted. I saw an arm moving forward,” she said.

“I saw something going towards the person, but I wasn’t sure what it was, something like a black glove. That’s when the person backed out. When the person was outside he pointed out he got stabbed.”

Doctors performed open-heart surgery on Mr Osemeke at the scene, but he was pronounced dead an hour later at 8.45pm.

It is claimed the fifteen-year-old defendant admitted carrying out the stabbing before escaping out of the back garden.