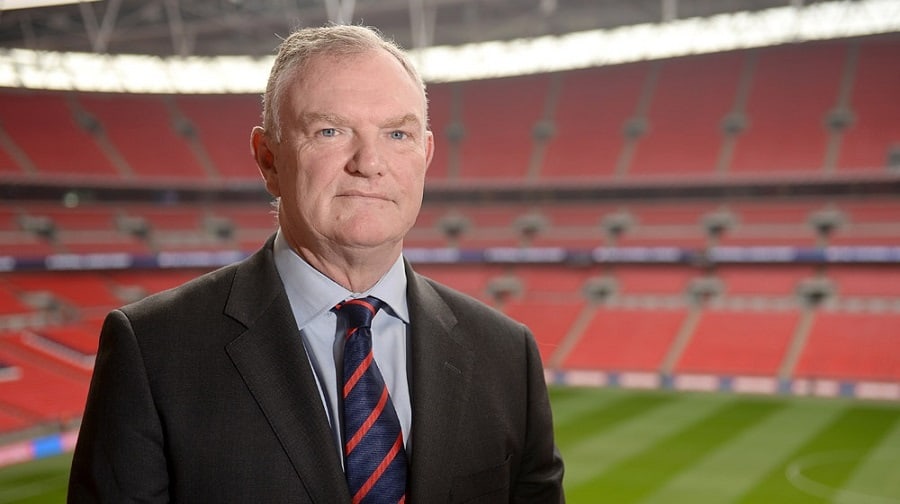 FA boss Greg Clarke has hit out at plans to develop on land used by Millwall FC and has offered his support as the club battles to stop the controversial proposal, the News can reveal.

Mr Clarke wrote to Millwall chairman John Berylson, asking him to get in contact if he needs any assistance, after the News approached the FA for its view on the issue.

And on the controversial proposal, he said he struggled “to see how such action can be in the public interest”.

The letter came as the club continued the fight to save land on which stands the Lions Centre – home to Millwall Community Trust, Millwall Cafe and the club’s car park – which could be sold to a developer if Lewisham Council approves a compulsory purchase order (CPO).

The club’s youth academy is also under threat since its AstroTurf pitch, which the academy has 24-hour access to, could be relocated elsewhere if developer Renewal’s plans go ahead.

Lewisham Council will decide whether to agree to a compulsory purchase order of land used by Millwall’s stadium, The Den

I struggle to see how such action can be in the public interest.

In a letter to Millwall seen by the News, the FA chair Clarke said: “I am very aware of the importance of clubs to the communities in which they live and serve. Millwall over the years has led the way on many important issues.

“Facing such action from your local council must put the club in a very difficult position and given the work we at the FA know you do in your community I struggle to see how such action can be in the public interest.

“The media outcry in the last few days over these actions only serves to demonstrate this.

“If there is any assistance the FA can provide, please feel free to contact myself as protecting clubs and the communities they have served, in your case for over 100 years, is important to the FA.”

A Lewisham Council cabinet meeting was expected to decide on the fate of land surrounding the club’s stadium, The Den, yesterday evening, Wednesday, January 11.

But the meeting was postponed until February 8 at the eleventh hour, with a council spokesperson saying Lewisham needed more information from Millwall about the club’s youth academy.

“There has been an ongoing exchange of correspondence between the council and Millwall Football Club over the last few weeks about the status of the Millwall FC Youth Academy,” said a council spokesperson on Wednesday morning.

“A little more time is needed to complete this, and so the mayor and cabinet is not in a position to reconsider the decision today [Wednesday].

“We are asking MiIlwall Football Club to provide outstanding information by January 23 as we intend to reconsider and make the decision in February.”

Last week, Millwall chief executive Steve Kavanagh admitted for the first time that the club could be forced to leave its South Bermondsey home and relocate should the seizure of its land be given the green light.

“That would have implications for the fans, and more importantly for the borough [of Lewisham] and the community we’ve lived in since 1910.

“I’m not ruling anything out,” added Kavanagh. “We are extremely concerned by the process that’s taking place and if this carries on, and if this is confirmed next Wednesday, then we will start to look at plans as to whether it’s viable for us to stay here of whether we should consider a life elsewhere after all the time we’ve been here.”

The community in Bermondsey reacted angrily to news that Millwall could leave the area, with the overwhelming majority of locals and businesses saying they wanted the club to stay.