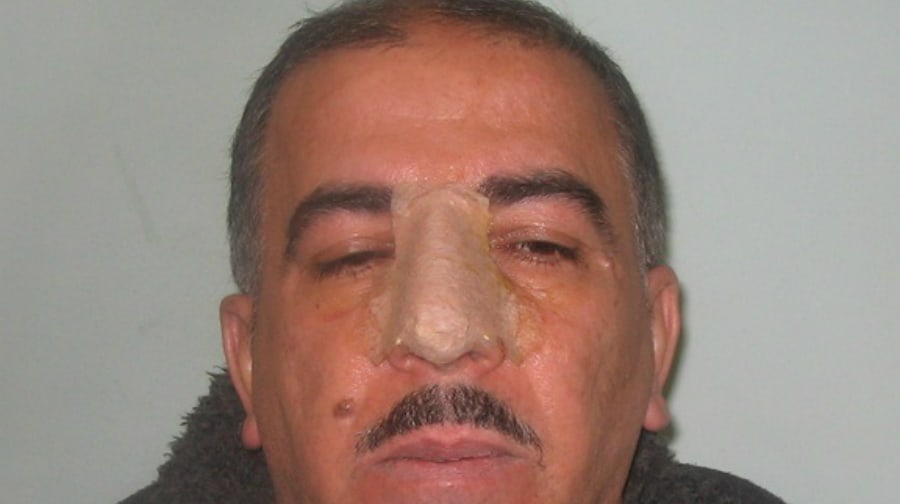 Abdullah Al-Taaei, of Kennington was handed a suspended prison sentence after he was found iwht 5,00 fake fags

A market trader who was busted hiding thousands of fake fags in egg and sanitary product boxes has been handed a suspended prison sentence.

Abdullah Al-Taaei, of Kennington, was put under surveillance after the council received an anonymous tip off about his stall on East Street market.

In March last year the borough’s trading standards team clocked the 48-year-old leaving a flat in SE1 and heading to the market with a rucksack and shopping bag trolley. CCTV footage on East Street showed these contained cigarettes and tobacco which he appeared to sell.

Police raided the flat and found 77,000 fake branded cigarettes including Mayfair, Marlboro and Palace, as well as the illegal brand Jin Ling produced solely for smuggling.

Al-Taaei was then arrested at the market, where he was discovered with more than 5,000 cigarettes in his rucksack and trolley, as well as rolling tobacco.

After denying any knowledge of the tobacco in the flat or any connection to the fake fags being sold on the stall, Al-Taaei was due to stand trial on July 6.

He later decided to plead guilty to multiple offences under the Fraud Act, Trade Marks Act and product safety regulations and was sentenced to a maximum of twelve months, suspended for two years on July 29 at Inner London Crown Court.

Cllr Michael Situ, Southwark’s Cabinet Member for Communities and Safety, said: “I am delighted that with the help of the police and HMRC we’ve been able to bring Mr Al-Taaei to justice. He will now face the consequences for his irresponsibility.

“Far from being a victimless crime, the trade in illegal tobacco damages our local economy and creates a cheap source for children and young people, as well as encouraging adults to continue smoking by eroding cost motivation to quit. It is also linked to organised crime and even terrorism. We’re determined to protect the health of our young people, and stopping people like Mr Al-Taaei is a big part of this,” he added.