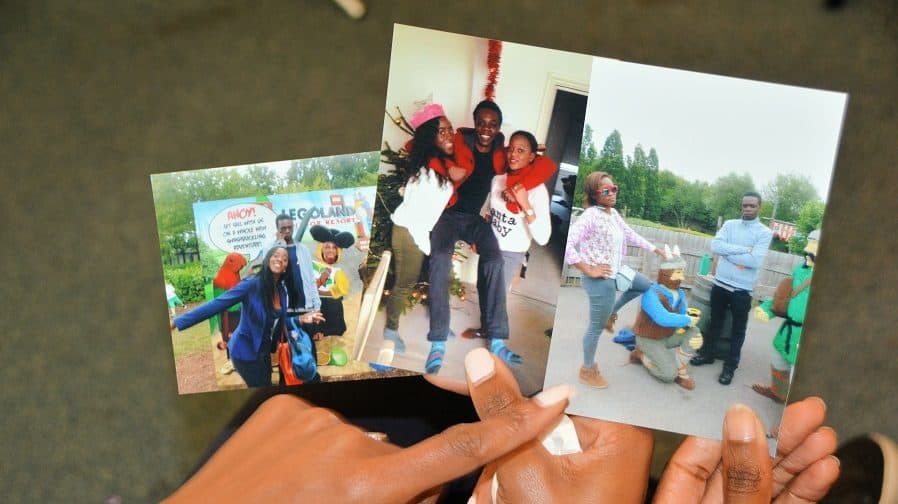 Ola and his family

Three years after Ola Raji from Peckham was murdered his heartbroken family are still looking for answers.

The twenty-year-old was shot and stabbed on April 21, 2015, after being confronted by two men while cycling onto East Surrey Grove Estate, off Commercial Way and the killers are still at large.

Now, on the three year anniversary of his death, Ola’s family and police are appealing for anyone with information to come forward.

Ola’s sister, Ruki Ware, said: “The last three years have been a blur, getting through each day, going through the motions. It’s very hard for everyone in different ways.

“It’s a piece of your life that’s gone and we’re stuck in time but forced to go forwards at the same time. We’re all trying as best we can.

“It gets very difficult this time of year being forced to remember what happened that night.

“We can’t move forward until we know exactly what happened and the right people are held to account.

“If anyone has information I would like to beg, really, for them to come forward and help the police and us as a family.

“Anyone who does know anything could really make a big difference to us to grieve and for justice for our brother. No one deserves to have what happened happen.

“Help to bring the nightmare to an end.

“Nothing can change what happened but getting some closure and answers would mean a big difference to all of us.”

On the night of April 21, 2015, Ola had been watching a football match with a friend before heading out on his bike.

At around 10.30pm he had a confrontation with two men and was shot before falling to the ground and being stabbed. Detectives believe the two men fled the scene on foot via a cut-through from Cator Street, into Sumner Road.

They then turned into Rosemary Road, in the direction of the Surrey Canal Path.

Police were called by someone reporting shots fired, and officers found Ola critically injured on the ground between two parked cars.

He was given first aid died from a single gunshot shortly after arriving at hospital.

During the course of the investigation three people have been arrested and released.

Ms Ware described her brother as “a pretty normal 20-year-old guy” who liked football and spending time with his nephew.

“We are definitely missing him, his lack of presence is something we’re aware of every single day,” she said.

“There is nothing we can do to change that at all but at least getting some sort of justice for what happened is the best we can hope for.”

Detective Inspector Helen Rance, who is leading the investigation from the homicide and major crime command, said: “Ola lived nearby to where he was murdered – if you know where Ola was headed that night and why, then please get in touch with us.

“Given the length of time that has passed I am appealing directly to those people who have that vital information but have yet to speak to us.

“It is not too late to talk to us and help Ola’s family understand why their son and brother was murdered.”