Marcus, who lived in New Cross, is now tube fed, in a wheelchair and requires constant specialist care 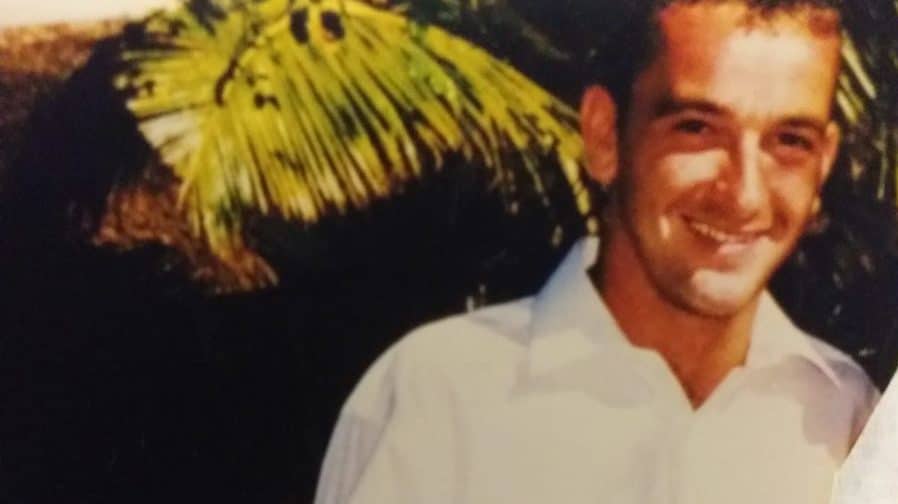 Marcus Bouskill, before the serious attack that left him with life-changing injuries and in need of permanent hospital care

The heartbroken family of a man who needs specialist care for the rest of his life after a violent assault more than a decade ago are appealing for help to finally bring his attackers to justice.

Marcus Bouskill, then aged 33, was found collapsed at his New Cross home in Parkfield Road, on February 26, 2008.

He had been involved in an altercation three days before in the early hours of Saturday, February, 23, outside Racks Snooker and Pool Bar in Well Hall Road in Eltham.

His injuries were so severe that he has remained in hospital, having round-the-clock care, since. 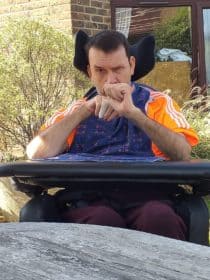 Marcus has needed specialist care since 2008

Devastatingly, not only have those responsible so far evaded police, his family have also been unable to visit him due to COVID-19 restrictions – including over Christmas.

Now, on the 13th anniversary of the viscous attack, they are now appealing for anyone with information to come forward

Before the incident, Marcus had been to The Crown pub in Court Road with colleagues and friends after work on the Friday evening (22 February, 2008).

He went on to visit Racks Snooker and Pool bar at about 11pm. At 1.30am the same night Marcus phoned a colleague due to pick him up for work at 8.30am that morning to say he would no longer be able to come in after suffering a ‘bit of a hiding’. He declined medical treatment, saying he was alright and went home in a cab.

At 9.30am the same colleague checked up on him and found Marcus covered in blood with a black eye, broken nose and no recollection of the attack.

The colleague stayed with him until midday and, believing him to be stable and recovering, left that afternoon.

After not hearing from Marcus for two days, worried friends contacted Marcus’ family. Officers forced entry and found him in a life-threatening condition after sustaining brain damage.

It is believed that Marcus and two of his friends were involved in an altercation with a group of youths in the bar and, after being thrown out by security staff, a fight broke out in the street.

In appeal for any witnesses or anyone with information to come forward, Marcus’ family said: “Marcus was our youngest son. He was a loving, caring young man and someone knows who did this.

“We urge you to come forward with the evidence you may have.

“Marcus did not deserve this; he was a healthy, fit roofer at the time of the attack and now he cannot walk or talk and is tube fed and confined to a wheelchair.

“Someone, please have the courage to tell the truth about what happened to our boy so we can somehow carry on with our lives and get Marcus the justice he deserves.”

During the course of the investigation, detectives have followed and eliminated numerous investigative leads and have spoken to a large number of witnesses.

A total of ten people have been arrested as part of the investigation but have been released with no further action. Thirteen years later, officers say they are still pursuing a number of lines of enquiry.

Detective Constable Mike Morgan said: “Marcus has been described as a friendly and well-liked man who got on with everybody. This was a nasty attack which, tragically, changed his life forever.

“Marcus went on a night out with work colleagues thirteen years ago and, following an altercation, is still suffering to this day.

“For Marcus and his family, this is a life sentence. We need to catch those responsible and bring them to justice.

“We need to find out exactly what happened on the night of the attack and establish what led to the fight breaking out.

“We believe a number of white youths were involved that Marcus had previously met at the Post Office pub just a few weeks earlier, however, the cause of the altercation remains unclear.

“We know there were a lot of people in the area at the time the fight broke out. Did you see something? I would urge you to get in touch. Any information, no matter how small or insignificant it may seem, could help us. Please get in touch.

“Sadly, Marcus will never recover from the brutal injuries he sustained that night. Help bring both Marcus and his family some peace by helping us find those responsible for this shocking and cowardly attack.”