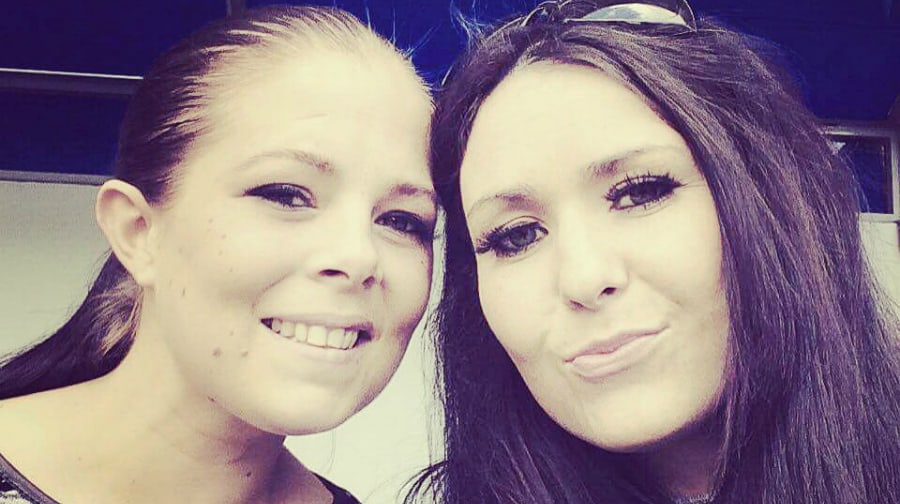 Courtney and her best friend Alanna

The family of brave Courtney Terry-Webb are appealing for help in founding a new charity to help keep her spirit alive.

The Millwall mum tragically passed away on August 31 after an eight year battle with a rare form of cancer.

She had married her childhood sweetheart and “soulmate” Billy Webb just six weeks before at a spectacular wedding, which was funded by over £20,000 worth of donations from Millwall fans and complete strangers touched by her situation.

The pair were forced to re-arrange their dream day at great expense and short notice after doctors said that she would not make it to their original wedding date in November.

Her best friend and maid of honour Alanna Higgins told the News that Billy and Courtney’s mum Karen now wanted to “turn something tragic into something positive” by creating a new charity to support young people with cancer.

Courtney and little Dolcie at the wedding

They need £10,000 to set-up the charity, which will be named in honour of Courtney and her brother Jordan, who also died of cancer at a tragically early age.

Alanna said: “Even when she was ill, Courtney was already working on the charity. That’s what she was like – she was always putting others first. She was literally an angel and I’m privileged to have had her as a friend.

“She didn’t let the cancer beat her, she went on her terms – she has always been like that. The doctors told her she wouldn’t make the November wedding but she fought and got married anyway.”

Alanna said that the wedding was “absolutely perfect” and that, while it was cut short in the most heart-breaking of circumstances, the pair enjoyed their married life together.

She said: “Courtney loved being married and the few weeks they had after the wedding was such a blessing. She made sure to enjoy every last minute with Billy and [daughter] Dolcie – she really made an effort to have this normal life. She would get up in the morning and clean the house from top to bottom, that sort of thing.”

Courtney on her wedding day

Alanna said that after being told that she had just months to live, Courtney “lost a bit of faith in humanity.” She added: “However her faith was restored by the fundraising appeal for the wedding. She could not believe how generous people were being, she was just so touched. The generosity of Millwall fans was so special, I couldn’t believe the amount of supporters who helped out along with supporters of other clubs. The whole club really came together.”

The family are calling on the generosity of the club’s fans once more to give Courtney’s family and friends a “focus for their grief” and to help other young people with cancer.

Alanna said: “Even when she was ill, she was donating to charities and helping people. She was a soldier until the end – and this charity will be a way to keep that spirit and drive going strong.”

To donate to the fundraiser and help make Courtney’s charity dream a reality, please visit http://bit.ly/1iozzlh