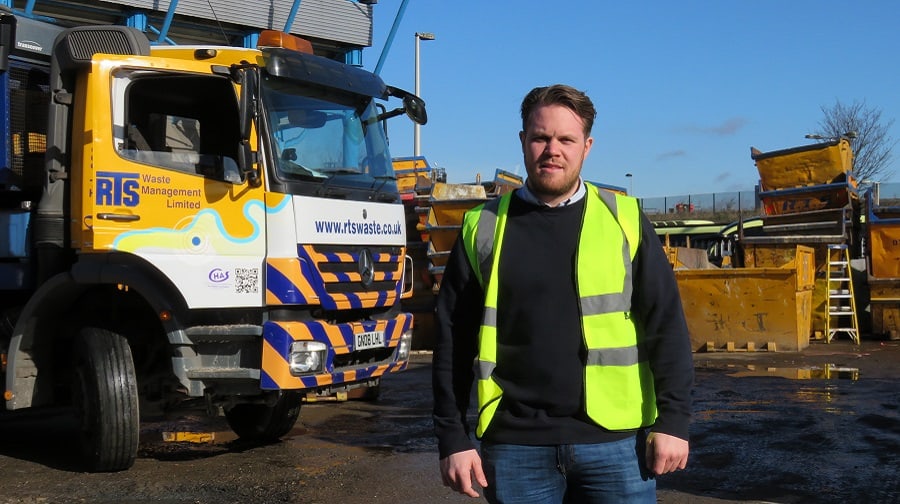 A family-run company could be forced out of the area after 28 years as its current home is to be demolished as part of the New Bermondsey scheme.

RTS Waste Management moved into a warehouse unit in Stockholm Road, near Millwall’s stadium, after it was moved out of its previous home in nearby Belinda Road by Network Rail.

The warehouse, owned by Renewal, which plans to regenerate the area as part of its New Bermondsey scheme, will be knocked down and developed into a mix of residential and commercial use.

James Redmond, director of RTS, said his short-term lease of the unit will come to an end in May or June 2019.

The 28-year-old, whose father set up the company, said he had not been able to find another yard to operate from in the area and that they could be forced to move to Kent.

“The trouble we are having is we can’t find a yard around here because there’s nothing available for us,” he told the News.

“We won’t be staying in the area – we will be forced out to Kent.

“We’ve been in Bermondsey for 28 years and all of a sudden round here, which used to be somewhere where nobody wanted to develop or live, has fast become a trendy place.

“I doubt there will be a waste company left around here, or at least none of the family businesses will be left here and all of the guys with car garages I think will be slowly moved out.

“I’m not sure where all of the rubbish is going to go out of London or who’s going to manage it because there’s not going to be one in this area and there aren’t many in south London.”

Renewal was granted permission to temporarily change the use of part of the warehouse to accommodate these organisations in 2013, however the temporary use comes to an end on August 31.

In a statement to the News, Renewal said: “We expect temporary permission for these meanwhile uses to be extended as they provide vital community benefits.

“Hillsong and Energize [expected to be a £40m indoor sports complex] will occupy phases 1 and 2 and the commencement of these phases are dependent on the land assembly being completed for the whole site.

“Neither of these phases affect the car park that Millwall lease from LB Lewisham.”

“In order to progress the scheme to the next stage, Renewal needs to acquire the remaining land interests on the site.”

When asked when RTS Waste would be asked to vacate the building, or when their lease would come to an end, the developer did not give a definitive date.

“Renewal has a normal commercial lease with RTS Waste Management and as such, will discuss arrangements with them as appropriate,” they said in a statement.