Family demand answers after young mum dies in her sleep 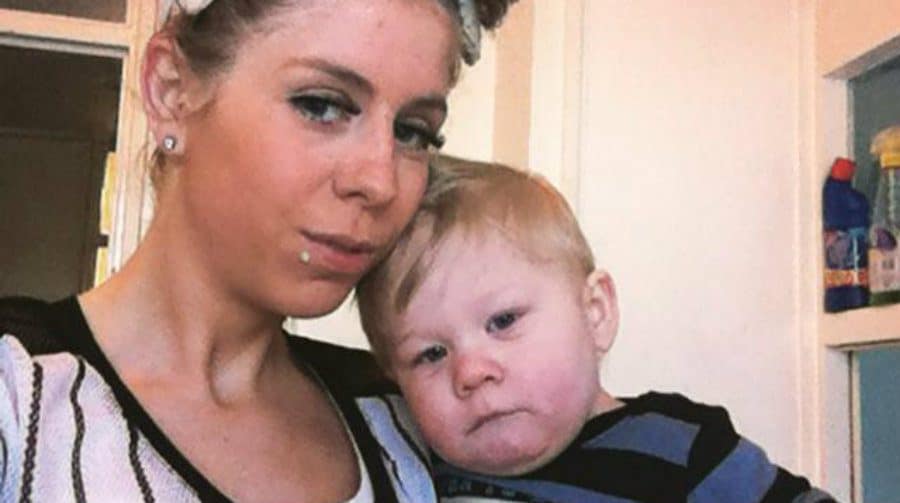 A distraught mother is pleading for answers after her beloved daughter died mysteriously in her sleep.

Terrilee Louise Sanderson was 24 years-old when she went to bed on August 30 and never woke up, leaving behind her baby son, Oliver, who at just twenty months old has no idea what has happened.

Mum, Pam Clowsley, is now desperate for answers after Terrilee’s body was kept by the Coroner for weeks with no explanation and a cause of death has still not been given.

“They’re saying it’s not suspicious,” said Terrilee’s Aunty June Wikoff, “but how can a 24-year-old girl just dying like that not be suspicious?”

Pam, who says she has lost her best friend as well as her daughter, said Terrilee had complained of being tired and feeling sick in the week leading up to her death, but she has no idea if this was the reason she died or not.

“I just need answers,” she said as she prepared a display of photographs to be displayed at the wake after Terrilee’s funeral on October 27. “You really grieve unless you know what happened,” said Pam.

After a night out with friends where she reported feeling ill, Terrilee went home to her temporary flat on the Aylesbury estate and to bed.

When her mum, who spoke to her every day on the phone, could not get hold of her that night and the following day, she said she knew something was wrong.

“I had a feeling something was wrong. She always answered the phone,” said Pam with tears rolling down her cheeks. “You know when it’s your own. I thought ‘she’s not right, that’s not my Terrilee.”

Pam went round to Terrilee’s flat with her nephews and there was no answer so she called the police. The fire brigade had to break the door down, only for Pam to see the horrifying sight of young Terrilee, lying in her bed having passed away in her sleep.

The “caring, happy and bubbly” young Terrilee, who loved music, dancing and pie and mash, was taken to St Thomas’ Hospital. Five days later Pam was told she could see her daughter’s body. It took all the strength she had to go up to the hospital that day with the support of her sister, June. When they got there nobody knew what was happening and she was eventually told she would not be able to see her baby girl after all.

It took weeks before Pam could see her daughter and even then it was through a pane of glass.

“I think it’s disgusting the way they’ve treated her,” said June. “No one’s telling her anything.”

The Southwark Coroner declined to comment but said the family had been offered an ”immediate audience” with the senior coroner.

Pam, 49, is now looking after Terrilee’s son Oliver, who is giving her the strength she needs to carry on.

“I wouldn’t be here if it wasn’t for him. He’s the double of her. He’s got her big smile, “ said Pam, who already lost one child when her son, James,  died at the age of six when Terrilee was just a baby. “It’s just not right for your kids to go before you,” said Pam, who had at least expected it when James died as he had a disability from birth. “This was just a big shock – it just came out of nowhere,” said Pam. “I never thought this would happen to me again. I miss her so much. It’s so quiet without her.”

Pam shows Oliver a photo of his mum every day so he  can give her a kiss and she is keeping a memory box for him for when he is older. “He’s never going to forget his mum,” she said.

“Terrilee will live through Oliver now because he’s so much like her,” said June, adding, “we miss her so much. She’s such a big loss.”

The funeral will be taking place on Tuesday October 27 when Terrilee will be taken by horse-drawn carriage to Camberwell New Cemetery Chapel for a service at 2pm. A wake will follow at the Pyrotechnics Arms in Nunhead, where Terrilee was a regular. The family would like to invite anyone who knew Terrilee to attend the funeral and the wake.

Tributes pour in for Terrilee

Tributes to Terrilee from friends and family:

“I felt absolutely privileged and proud to say mine and Terrilee’s friendship grew strong. From when I met her I knew she was on my level and as time went on I realised how much we had each others’ back. She had my back through my hardest times and she never see the worst in me she always see a future for me and a way to advise me and help me out. She was so upfront and honest that’s how I knew she was a true friend.

“Our memories will never be forgotten – our nights out getting ready with the girls with a few glasses of wine, going out having a wicked night with a huge smile on her face,  dancing away cutting her shapes – feet shuffling!

“Going venue then back to one of the girls, being at your mummy’s house having a drink with Auntie June and mummy! Our pub turnouts at the Pyro! Then chilled times with her and her little boy Oliver (mummy’s Chubz)! When me and Gem stayed at her house girls’ night in watching a bit of Gimme Gimme!

“I could go on and on – all of my fun times was with Terrilee – she opened my eyes to a lot of things. She didn’t just feel like a friend she also felt like family and always will do – like a sister figure. She stuck by me when times got hard and I will never forget how special her friendship was to me.

“Our friendship was a one in a million and no matter what you will for ever hold a place in my heart. We made fifteen years’ worth of memories and my God did we make some. I promise I will never ever forget you. We was always there for each other no matter what and knowing that you’re not around to be by my side breaks my heart even more.

“I will always be there for Oliver and your mum without a doubt. Oliver’s such a credit to you and he’ll make you so proud girl.

“It just doesn’t feel real and I still can’t believe it or accept that you have gone. When I was speaking to your mummy yesterday she was in tears saying she just wants you to come home and she misses you so much.

“Your little boy is getting more and more clever and it’s heart-breaking that you ain’t here to watch. He will always remember you and the great mummy you was to him in the very little time you had with him, you have done him proud Tel and we all know how proud of him you was.

“As the days go on it’s getting harder and harder and the hardest day is yet to come when we all have to say our final goodbyes. You will never be forgotten and even though you ain’t with us no more your memories are and always will be.

“I’ll treasure all them memories I have of you. I remember when we all use to go on holiday to Clacton and you always would be sitting at the side on the wall next to the slide eating your chips and how you loved your cockles with loads of salt and vinegar on them and not forgetting your tomatoes. At night time in the club our Auntie June would take us all to get doughnuts and get them dipped in chocolate.

“You will never ever be forgotten. I’ll never forget your beautiful voice always telling me ‘Emma u need to stop worrying.
“I love you unconditionally Tel and always will. Sleep tight and fly high beautiful. RIP baby, love from your cousins Emma, Reece, Riley and Sienna xxxxxxxxxxx