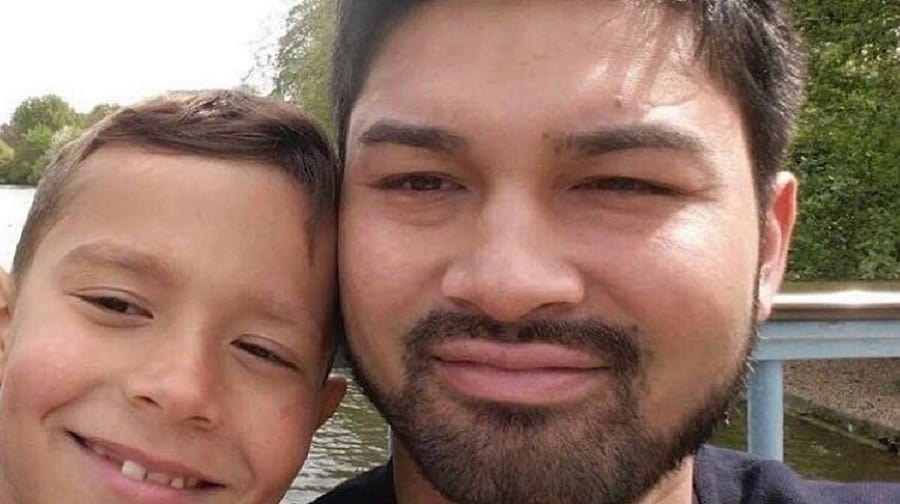 James McMullan with his nephew

A woman is desperately searching for her brother who was last seen outside the Barrowboy and Banker moments before last night’s London Bridge terror attack.

James McMullan, 32, was last known to be smoking outside of the Barrowboy and Banker pub on Borough High Street just minutes before a white van mowed down pedestrians on London Bridge, crashed outside the pub, and three men jumped out and began stabbing people.

The business owner’s sister, Melissa, has been at his flat in Hackney all day waiting for news after her brother failed to get in touch.

Relatives have been calling his mobile phone but have had no answer and friends have visited every hospital known to be treating victims to see if he is receiving medical care.

Speaking to the News, 30-year-old Melissa said it had been James’ first night out in a long while.

“His friends called me to tell me [that he was missing],” she said.

Missing: James McMullan (right) was last seen having a cigarette outside the Barrowboy and Banker on Borough High Street before last night’s terror attack

“They were drinking at the Barrowboy, he went outside for a cigarette and the bouncers wouldn’t let him back in so his friends said they would finish their drinks but they were rushed back upstairs into the pub.

“This was  literally two minutes before the incident.

“If he had been fine or with somebody he would’ve picked it [his mobile phone] up by now. He’s not come home and isn’t answering his phone so I don’t think he is with anybody or he’s dropped his phone.

“His friends have physically been to all the hospitals to check and haven’t heard any news.

“I think he was out for a bit of a special occasion because he was out with his friends from school and he doesn’t see them very often because he is always working.

“This is the first time in months my brother has been out.”

Melissa said she reported her brother missing this afternoon after he failed to get in touch or return home.

James is described as 5ft11, of medium build, and was last seen wearing a grey T-shirt and dark-coloured jeans.

Anyone with information of James’ whereabouts is asked to contact police.