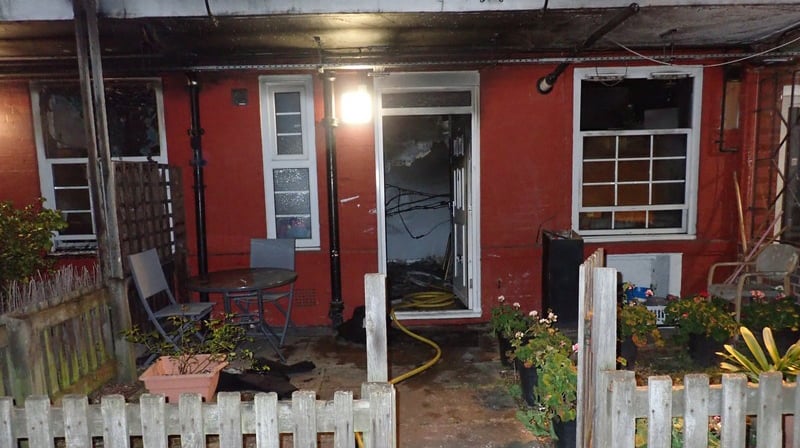 Firefighters rushed to Pages Walk in Bermondsey on Monday evening (March 16) after a family-of-four fled a fire in a flat.

Four fire engines and around 25 firefighters were called to a fire at a flat at 6.18pm.

Part of a four roomed flat on the ground floor was damaged by fire.

Three adults and two children left the building before the Fire Brigade arrived.

They were treated on scene after suffering from smoke inhalation.

The fire was under control by 7.02pm.

The  Fire Brigade say cause of the fire is believed to have involved an electrical supply.