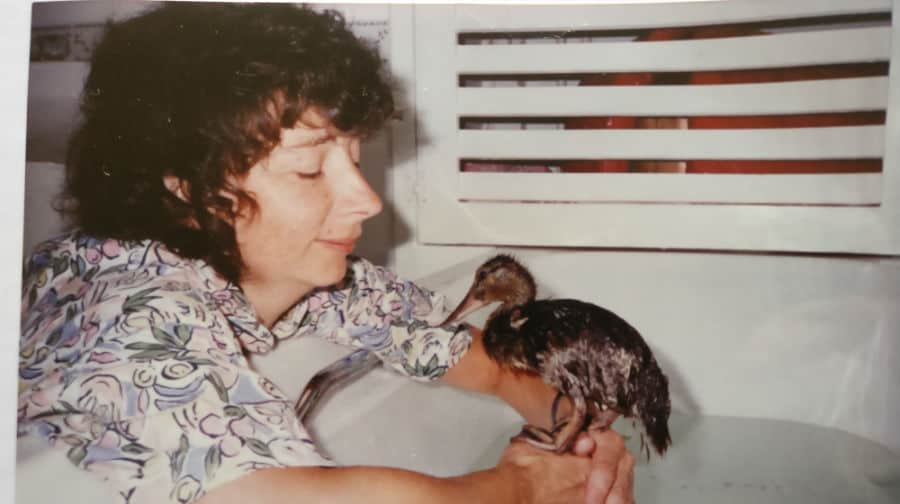 Family, friends and ex-colleagues turned out at Honor Oak Crematorium on November 22 to pay tribute to a “fantastic educationalist” who impacted thousands of lives during her career at Surrey Docks Farm, writes Kirsty Purnell.

Daphne Ferrigan was Education Worker at the Farm from around 1983-2003, during which time she developed and delivered a range of education programmes.

She passed away unexpectedly on November 2 of an aortic dissection, a tear in the wall of one of the heart’s major arteries. She was 64-years-old.

Kevin Boys, blacksmith on the farm, worked with Daphne from 1991, up until she left in 2003. “She was an inspiration,” said Kevin, who collaborated with her on several programmes, “she had an enormous impact on how the farm worked.”

Kevin spoke of Daphne’s positive effect on others: “People come back here even now with their own children and speak about Daphne.”

Daphne began her career in education as a primary school teacher and this is how, believes her son Oscar, she first came into contact with the farm.

“She probably first found out about it by bringing her own group of school children to the farm,” he said.

Oscar described how his mum was a “strong-willed” woman who “worked tirelessly” to promote the farm’s programme, as well as the importance of education in general.

“The farm was something that she cared a great deal about,” said Oscar, “She was really active in trying to promote the importance of education and giving kids something worthwhile to do.”

At one point, both Oscar’s parents worked at the farm, his father holding the post of Farm Manager. The whole family lived on the farm but left in 2003.

“I’m sure there are lots of people out there who will have known Daphne,” he said.