Ballers, a Rotherhithe football company that offers coaching and mentoring, hosted a match between parents and coaches to help the campaign launched in May 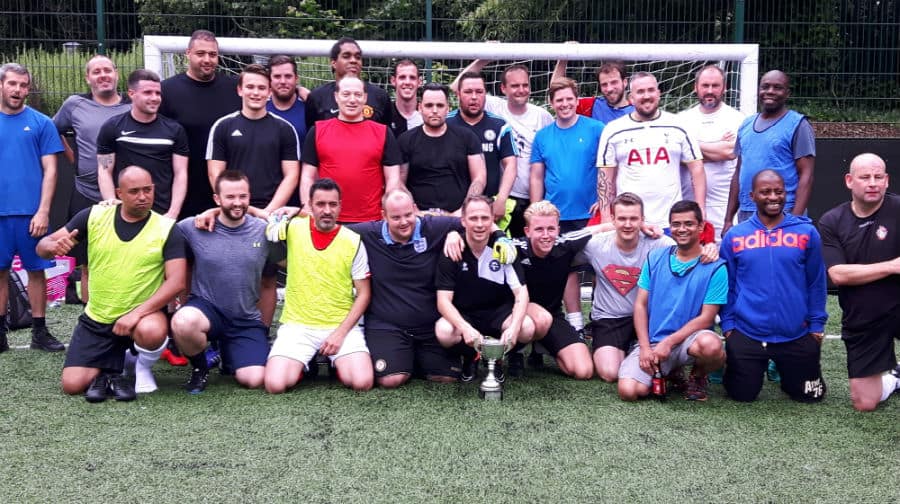 A charity football match raised hundreds of pounds for Bermondsey’s Ruby Longman on June 18 to go toward reaching the £10,000 needed for an eyegaze computer to help her communicate.

Ballers, a Rotherhithe football company that offers coaching and mentoring, hosted a match between parents and coaches to help the campaign launched in May.

Timi Samples, Ruby’s mum, said: “It was an amazing day and they raised £506.44. How amazing! They are such lovely people and are superstars.

“It’s so moving how much help we are receiving to reach our target I cannot thank these amazing people enough. It’s so touching Jamie Mehmet arranged it all.”

Ruby, ten, suffers from the rare Rett syndrome, which has prevented her from walking and talking since she was a baby and her family hope they will soon be able to communicate with her.

Jamie Mehmet, of Ballers, said: “We’ve been set up for two years now and every year we try to have a charity tournament for a local charity.

“Last year we did it for Evelina Children’s Hospital and this year it was for Ruby who is very close to us.

“It went really well and the coaches won again! The end score was 3-0 in the final. We like to support local people and we try to bring everyone together as a community.”

More than half of the £10,000 needed for the computer has been raised so far through generous public donations and fundraisers.

The News recently reported that Ruby’s school, Alfred Salter Primary School, will hold a fundraiser on July 5 to help reach the target.

To donate to Ruby, visit https://crowdfunding.justgiving.com/rubyeyegaze