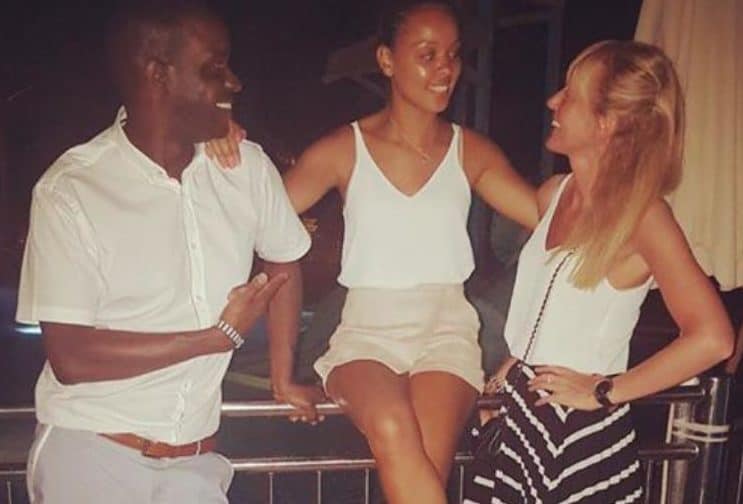 The late Dennis Anderson, with his daughter Toni and partner Leanne

The family of a much-loved father stabbed to death in a Lordship Lane shop are holding a march against knife crime next Saturday.

The #DulwichSaysNo demonstration, on October 12, aims to bring people together and, as a community and take a stand against the senseless loss of life and devastating impact knife crime and violence has brought to the area.

The peaceful walk- led by Dennis Anderson’s  bereaved partner Leeanne Manzi – is part of a nationwide series of events and will include a two minutes silence to honour victims. Dennis, a painter-decorator who grew up in Lewisham and lived with his partner and their daughter, Toni, in Bermondsey, was murdered after being attacked in an off licence on Lordship Lane.

His killer, 24-year-old Jahmel Michael Riley, was handed a minimum sentence of 23 years for the horrific murder with a hunting knife.

The Old Bailey heard how heroic Dennis had tried to wrestle the weapon off Riley after he brandished it in the Pay Less store on Lordship Lane in the early hours of Sunday, February 10.

His family and friends say they hope the march will raise awareness of violent crime and how anyone, from any walk of life, can be affected.

They have set up a fundraising page to help cover the cost of banners and posters, and a PA system on the day.

Their campaign is being supported by local football clubs Athenlay FC and Dulwich Hamlet FC.

Meeting at East Dulwich station at 1pm on Saturday, October 12, they will walk via Goose Green toward Peckham High Street and finish at Peckham Library for 2pm, where there will be guest speakers and performances, and a minute’s silence at 3pm.

One of the march’s organisers, Katie Parker, a close family friend, told the News: “Knife crime doesn’t just happen to people in a gang, it is an epidemic now.

“A lot of our youths have no value on life.

“It can happen to anyone and there is a ripple effect.

“It devastated Dennis’ partner, his daughter, friends and anyone who knew him and witnessed what happened that night.

“Dulwich Says No is part of a bigger campaign, all held at the same time around the country, and we hope everyone will come and show their support and promote positivity.”