It's the second fire within a week in the area 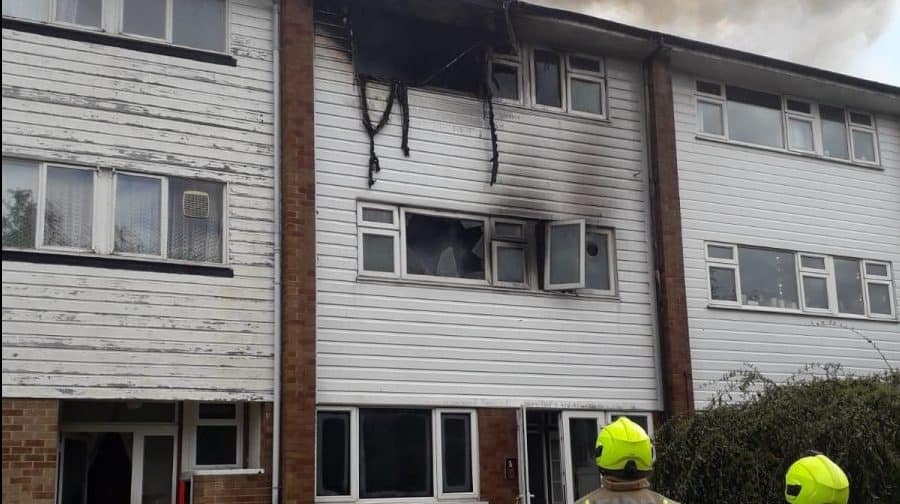 Two floors of a terraced house in Sydenham were completely destroyed by a fire that broke out yesterday afternoon.

Parts of the neighbours’ roofs were also damaged by the blaze which could be seen from across south-east London.

Twenty-two 999 calls were made by residents as the fire took hold in the Beaulieu Avenue property shortly after 1pm.

Three people had left the building before the brigade arrived.  One of them, a woman, was treated at the scene by paramedics.

Six fire engines and around 40 firefighters had it under control by 3pm.

The cause of the fire is under investigation by London Fire Brigade and the police.

Fire on Westwood hill,sydenham please try and avoid the area family is out safe???? pic.twitter.com/5YWtUGJesK

Devastating fire across from my home in Sydenham. Huge respect for the @LondonFire for arriving so quickly and keeping everyone safe. Hero’s x

The fire comes just days after a nearby block of flats was evacuated after a fire caused by a discarded cigarette.

The blaze broke out on Saturday (May 9) in a bicycle store room at Bell Green, and then spread to the wall of the block.

Eighty people were evacuated as a precaution, two of whom were treated for smoke inhalation.

Investigators believe it started after someone failed to put out a cigarette properly.