'Without the world-class care and expertise available at King's, Amelie would never have survived' 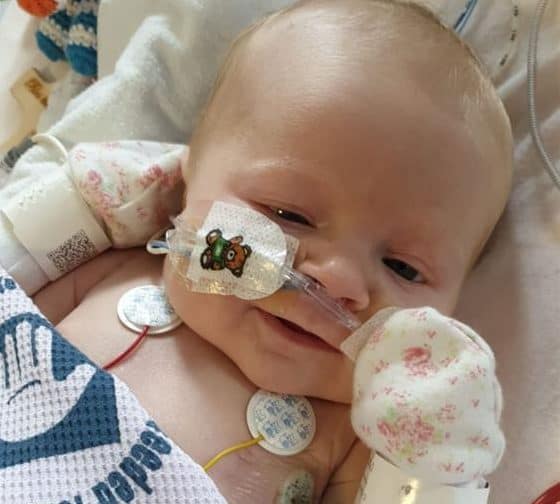 The family of a girl whose life was saved by a liver transplant at King’s are taking part in a seventeen mile hike to raise funds for the hospital.

Amelia Walker was just three-weeks-old in January 2020 when a blood test found she had acute liver failure and needed a transplant to survive. 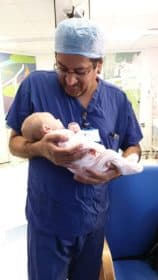 She was immediately put on the waiting list and admitted to the Rays of Sunshine paediatric liver ward at King’s, while the Walkers anxiously awaited news.

Fortunately,  only eleven days later a suitable liver was found and she underwent successful eight-hour transplant surgery. After spending 57 days in hospital she was finally able to ho home.

“Without the world-class care and expertise available at King’s, Amelie would never have survived,” says her dad, Daniel.

The family plan to take part in the Great Hospital Hike fundraiser for the King’s College Hospital Charity.

The sponsored seventeen mile walk will take them from King’s in Denmark Hill to Bromley’s Princess Royal University Hospital.

“By raising money for King’s, we would like to make a small contribution to ensuring that children from across the UK, Europe and further afield can benefit from world-leading liver care at King’s,” Daniel explains.

“We’re doing the Great Hospital Hike as a small way of saying thank you to King’s and its staff for the amazing care they gave our newborn daughter.”