Fans raise over £10,000 for Dulwich Hamlet amid club’s financial trouble 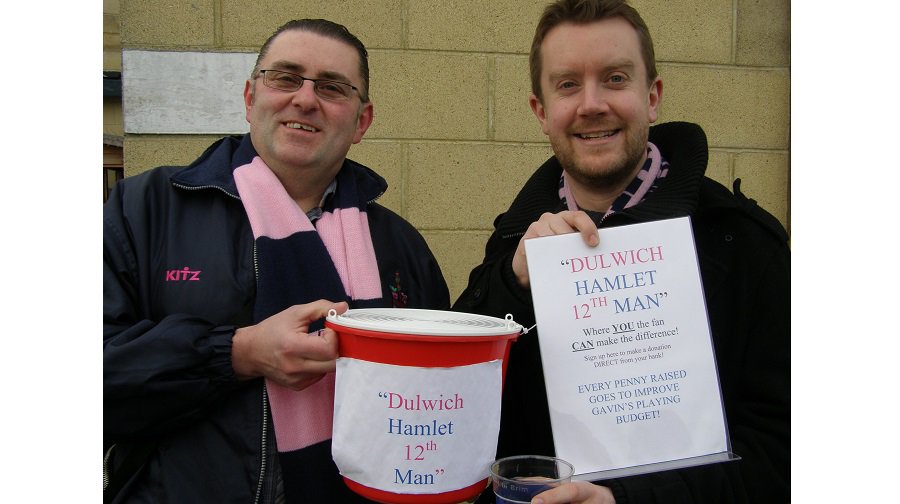 More than £10,000 has been raised for Dulwich Hamlet as the club faces uncertainty over whether it will be able to pay its players.

Accounts on Paypal and Justgiving were set up two weeks ago by the DHFC 12th Man fan blog.

Neil Cole, who co-runs the 12th Man blog, told the News that more than 300 online donations were made. And loads of cash was given to bucket collectors at Hamlet’s home game against Harrow last Tuesday.

“The reaction from the fans has been fantastic and it’s really positive,” the 37-year-old said. “Last Tuesday we printed 5000 programmes, which is three times the normal amount, and they all got sold.

“I think people really understand the situation the club is in and how serious this is. Although it’s not a long-term solution and we don’t know how long this will drag on for.”

Neil will be out in force collecting cash this Saturday at Hamlet’s home game against Lowestoft Town.