His coffin was draped in his beloved Millwall colours and sported a MFC wreath, alongside other wreaths spelling out the words Legend, Nephew, Son, Brother and Uncle Tel Tel 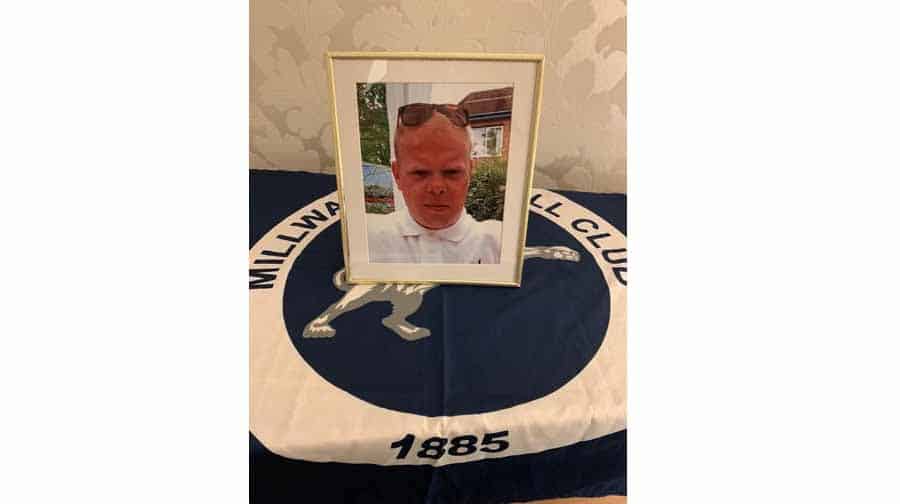 The funeral cortege of much loved Bermondsey man Terry Coakley saw people step out of their doors to pay their respects as it made its way from the family home, through the Blue, stopping at Millwall Football ground before going to Honor Oak Crematorium on Monday.

Aged just 34, Terry died of the coronavirus at St Thomas’ Hospital on April 2.

A young man with his whole life ahead of him, Terry’s sudden death shocked friends in Bermondsey as he only suffered from a mild form of asthma. They have raised a whopping £7,747  for a plaque and a donation to the doctors and nurses who battled to save him for over two weeks.

His younger sister Toni, speaking to the News just one week after his death, said: “If you can take anything away from this, it is the need to look after yourselves, protect yourselves and do as you are told.”

His coffin was draped in his beloved Millwall colours and sported a MFC wreath, alongside other wreaths spelling out the words Legend, Nephew, Son, Brother and Uncle Tel Tel. People lined the Blue market area on Southwark Park Road,  but kept to the two metre social distancing rule, strongly requested by the family. His closest friends joined the cortege at Millwall as the club opened the gates of the carpark to allow the procession by Albins Funeral Directors to briefly stop there and his friends clapped him at the gates of Honor Oak Crematorium.

Toni told the News: “It was the best send off ever, especially given the circumstances and we were pleased to see everyone respecting our wishes. We would like to thank all of Terry’s family and friends, Albins, Father Andrew Doyle, Honor Oak Crematorium, Debbie Western Flowers, Bermondsey Pie n Mash, Millwall and yourselves for allowing us to spread the word of Terry’s passing so kindly. It’s all been so very much appreciated. ”

The funeral was live streamed but plans to publish the link had to be put on hold as before Monday his close friends and family had already reached the 150 limit.

Neighbours on the Bermondsey’s Longfield Estate had created a mural in support of the NHS with a tribute to Terry.  The ten-foot mural featuring a rainbow and a heart with the initials of Terry Coakley  was painted on the middle of the estate within weeks of his death, – more flowers were laid by it on Monday. Mural for NHS and Terry Terry’s father David previously told the News how touched he was by the mural and said that the estate, in which his son grew up, was a close-knit community with many of Terry’s friends still living there, that he had known since they were  babies.

His father David has also been busy in lockdown in his garden, building a memorial to his son out of wooden pallets and has made another one for Terry’s nan. The garden memorials have spaces for flowers to be planted. “I have made them before and did one when my dad passed away,” David told the News. “Terry always helped me build them. The one I have made for my mum, she can have when  the lockdown is over.”