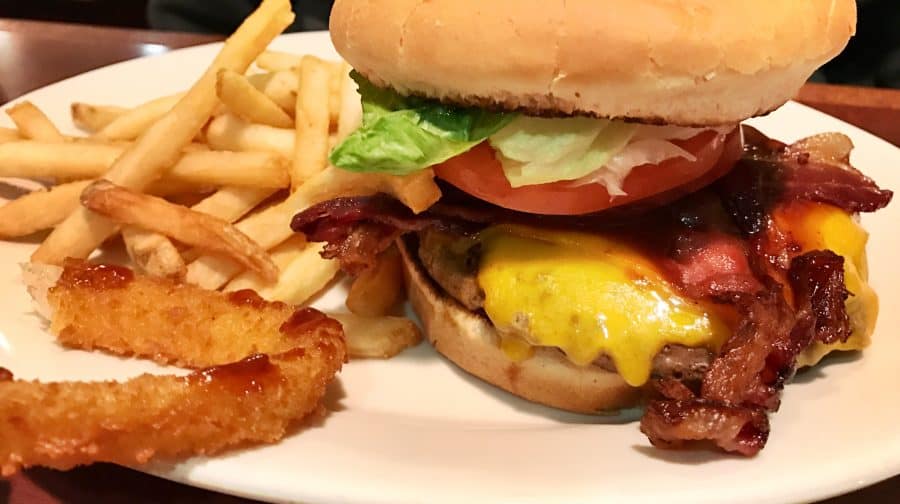 The number of fast food outlets have increased in Southwark despite its high levels of child obesity (Image: Clotee Pridgen Allochuku / Flickr / CC 2.0)

The number of Southwark takeaways has increased, meaning the borough has an above average number of fast-food outlets, new data reveals.

The rising number of fast food outlets in the borough means that Southwark has a higher than national average of takeaway shops, which is 61 outlets per 100,000 people.

An additional fifty fast-food shops – including pizza places and popular chicken and chip shops – have opened in the borough since 2010.

Obesity is a key issue in Southwark, with 58.8% of adults and 43% of children in year 6 in the borough being classified as obese or overweight.

According to a council report commissioned on the issue two years ago, entitled ‘Southwark Healthy Weight Strategy 2016 – 2021’, the percentage of kids who are overweight in Year 6 was the highest in the country.

The report found that the ease of obtaining fast-food was one of the main drivers of childhood obesity, stating: “Many people talked particularly about chicken and chip shops and other fast food outlets where food was cheap and accessible. Children and young people themselves viewed fast food and unhealthy food as desirable.

“For older children with their own money they talked about how cheap, convenient and accessible it was.”

The report also found that deprived areas of the borough were more likely to experience high rates of obesity, with the highest rates being found in Walworth, Rotherhithe and Peckham.

Cllr Evelyn Akoto, cabinet member for community safety and public health, said that the New Southwark Plan would prevent takeaways from opening within 400m of a school once adopted, a policy already being implemented in Peckham and Nunhead.

She said: “We are one of the first councils in England to commission a free healthy weight training course for both healthcare and non-healthcare workers in the borough, so they are better equipped to openly and confidently talk about weight management.

“As one of the only London boroughs to offer universal free, healthy school meals and free fruit to all primary school children and free access to leisure centres for all residents through our Free Swim & Gym programme, we have demonstrated our commitment to improving the health of all residents across the borough.”

Cllr David Noakes, health spokesman for the opposition Lib Dems, said: “News that there has been an increase in takeaway restaurants in Southwark is a real challenge, as we already have some of the highest obesity rates in England.

“While the occasional takeaway is fine, the council’s responsibility for public health means we have an important role in giving residents the information and the opportunities to live active and healthy lives and using our planning powers to regulate the location of takeaways, particularly in relation to schools.”