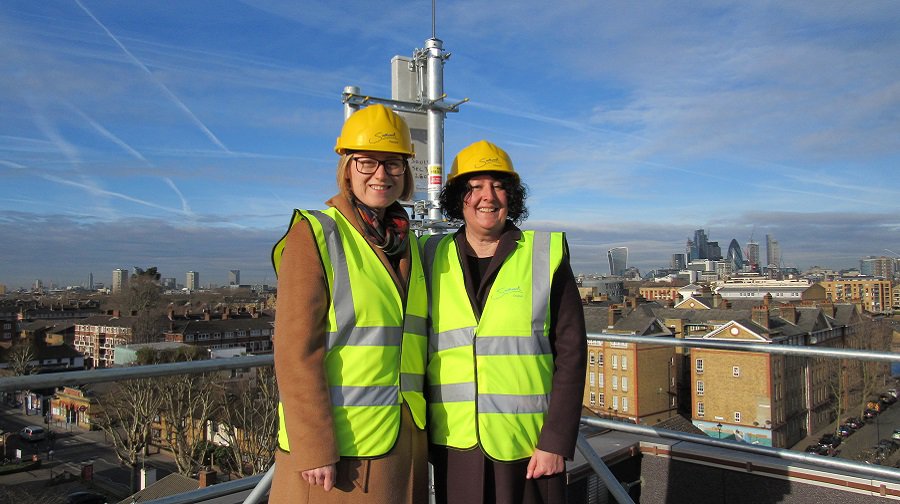 Rotherhithe in particular is one of the worst-affected parts of London when it comes to the issue of poor digital connectivity, meaning people living in the area are unable to access anything but the most basic broadband speeds.

The News has previously reported instances of residents going to the lengths of travelling to Canada Water station just to download large files using the Wi-Fi there.

And poor broadband has also affected businesses on the peninsula, with many reporting that slow speeds and unreliable network connections negatively affect productivity and limit their opportunities for growth.

As part of its plans to improve broadband across Southwark, the council has signed a number of lease agreements with broadband provider Relish, enabling them to install wireless aerials on residential council buildings, which will deliver up to 40Mb broadband speeds across 70 per cent of the borough.

In total, 23 new aerials and masts have been approved for installation across the borough, including four in Rotherhithe, with half already delivering Relish’s wireless broadband service.

Councillor Fiona Colley, Southwark’s cabinet member for finance, modernisation and performance, said: “We are delighted that more people can now access superfast broadband, particularly in Rotherhithe where the issue has been so acute.

“The rollout of wireless aerials is just one step in the council’s commitment to improve connectivity for residents and make Southwark a truly digital borough.

“Our ultimate long-term goal is a full rollout of fibre optic broadband across the borough and we have already made a start by submitting a joint bid with TfL, the GLA and several other local authorities for funding from central government, as part of a national £200million challenge fund for broadband projects.

“If successful, the funding will be used in Southwark to improve digital connectivity in areas of the borough with poor broadband speeds, particularly in the Rotherhithe peninsula.”