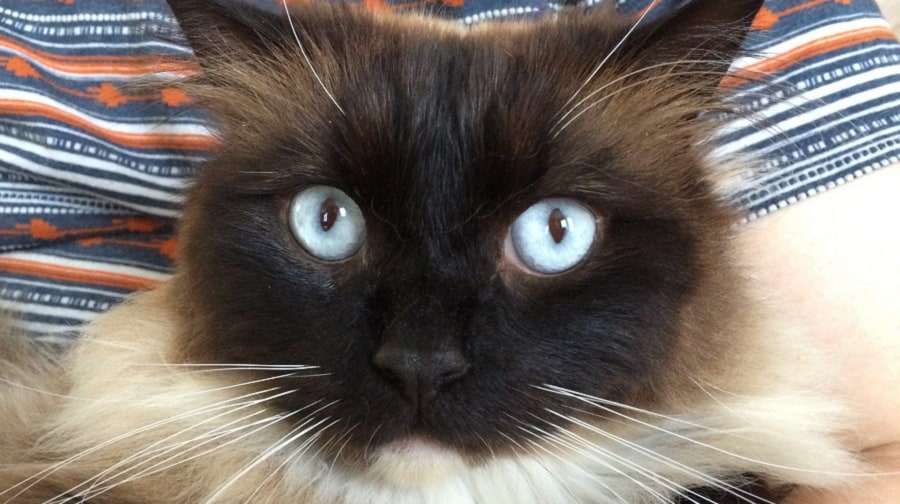 File picture of Ykiyo, one of the cats previously found dead

The mutilated body of a female cat has sparked fears the Croydon Cat Killer has struck again in Southwark.

A young couple is said to have discovered the body of a black female cat in a Peckham garden with her head and tail missing at about 9am on Sunday, January 7.

The injuries were similar to those inflicted by the notorious Croydon Cat Killer, who is still yet to be caught.

Tony Jenkins and Boudicca Rising, who run South Norwood Animal Rescue Liberty (SNARL), have been assisting police with the hunt for the serial animal killer – known as Operation Takahe.

Speaking to the News, Mr Jenkins said the cat was found in the SE15 2 area of Peckham but did not give exact details of the location.

He said the animal was not microchipped and may have been a stray from the area.

“We’ve had some information that there were some stray cats in that vicinity that were being fed so there’s a possibility it might be a local stray,” said Mr Jenkins.

“Its head and tail were missing, which is a match to many other cases we’ve been out to, and the injuries were similar.

“The young couple who found it were getting ready to go on holiday and noticed something in the garden, went out and had a look and found the cat and rang it through to the police.

“The police attended and called us and we assisted police with the retrieval of the body.

“The cat looked quite elderly; it wasn’t in the best of conditions which might suggest the local information we have that it’s a stray cat.”

“Obviously a killer is still at large and is killing in a wide area, including Southwark,” he said.

“[They have] killed before in Peckham; everyone needs to still be on their guard and vigilant.”

The Croydon Cat Killer name – also referred to as the Croydon Cat Ripper and M25 Cat Killer – was first used towards the end of 2015 after a spate of cat murders were reported in the borough.

The post-mortems carried out following the first spate of attacks in late 2015 – October onwards – found that the cats died from blunt force trauma, but the mutilations occurred after death with a ‘sharp implement’.

Police say they are keeping an open mind and believe an individual, or group of individuals, are responsible for both the deaths and mutilations.

A Metropolitan Police spokesperson said: “The team for Operation Takahe are aware of the latest reports and will assess them to see if they are linked to the cases already established as part of the ongoing investigation led by police in Croydon.