Fed up with Thameslink and Southern train? Jump aboard the Nunhead bike train 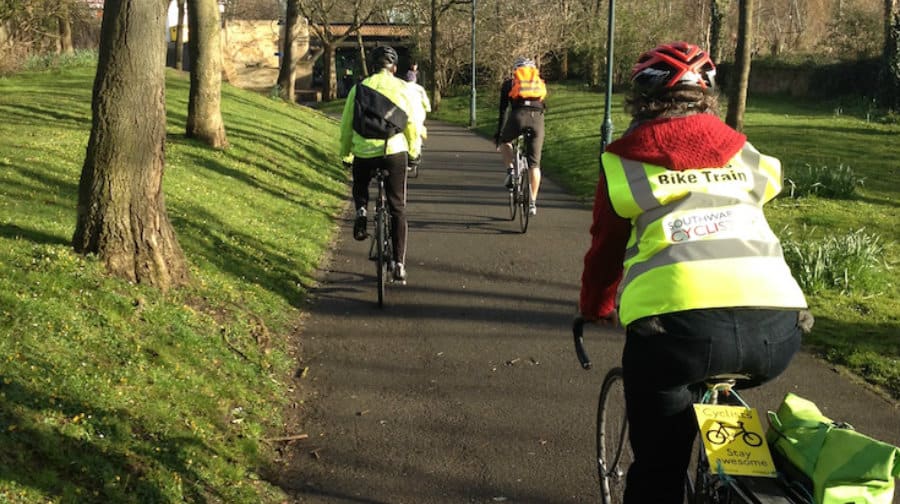 Beleaguered commuters fed-up with waiting for delayed public transport from Peckham Rye and Nunhead stations have set up their own alternative – a ‘bike train’.

Safety and camaraderie in numbers is the thinking behind Southwark Cyclists’ new scheme, which sees groups of cyclists brave a morning commute together every Wednesday morning.

They meet each week at Nunhead Station at 8am and make a second rendezvous behind the Rye Lane McDonald’s at 8.10am.

More than 20 cyclists are expected to take part in next week’s bike train.

Andy, 52, said: “We had this bright idea at a meeting of 200-odd cyclists in Crofton Park, and it basically came from a lot of people deciding they were fed up with the ThamesLink train services.

“It’s through quiet routes, taking in Burgess Park, up Portland Street, round the back of the Elephant bike path and up the cycle super-highway. Then once we get to Blackfriars we expect people to split up and go their own way.

“Everyone gets a hi-vis jacket and it certainly makes a difference psychologically cycling in a group. We go along with one cyclist in front as road leader and one at the back as a tail-end Charlie. You feel much safer because other road users are so much more likely to take notice. You also just feel taken along by the camaraderie and the journey feels half as long.”

Southwark NewsNewsFed up with Thameslink and Southern train? Jump aboard the Nunhead bike train