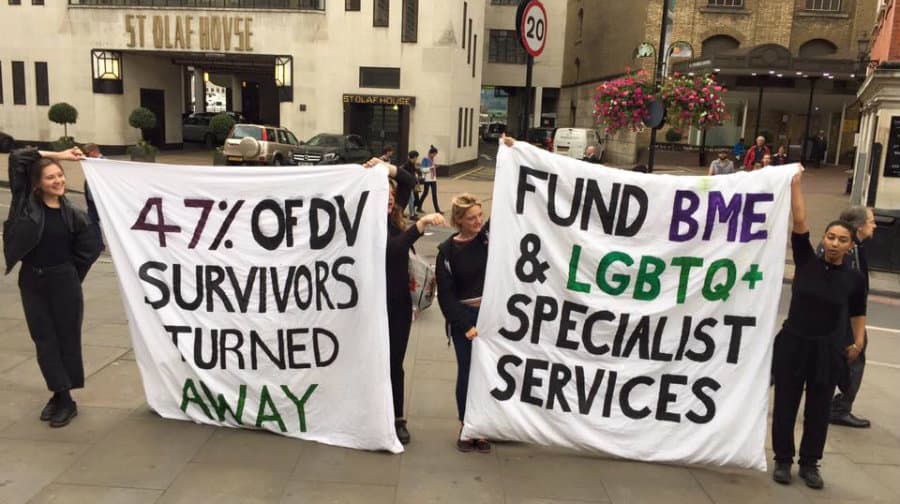 Southwark Council will review how it can improve the chances of domestic abuse victims finding safe refuge, after a long-fought campaign from feminist group Sisters Uncut.

Sisters Uncut wrote to the News after meeting to say they had won a “huge victory” for domestic abuse survivors.

Campaign member Jasmina wrote:  “But it’s nowhere near enough. Southwark is stripping vulnerable people of their dignity, and it will take serious political will to rectify the damage.”

Joining the campaigners to meet Cllr Cryan were two domestic abuse victims – referred to as J and C for their own safety – for whom the council will now “review” their situations and try to find suitable homes.

Cllr Cryan said: “Nobody could fail to be moved by Sisters Uncut’s tribute to abuse victims, this is a subject that the council takes extremely seriously and I thank the Sisters I spoke to for their bravery in speaking out.

“I had a very positive meeting with representatives from Sisters Uncut about how they feel we could do more to help the survivors of abuse from a housing perspective.

“If there are any proactive changes we can make to our housing allocations policy, we will look at them as part of our wider work to ensure our waiting list is fair and appropriate to need – other points we discussed may involve consultation with tenants or potentially training opportunities for staff.

“We have agreed to have a follow up meeting to respond to any outstanding points in the near future and will keep the momentum up.”

Southwark added that it will provide information and training about domestic abuse for the benefit of its housing officers who assess victims.

Using freedom-of-information requests, Sisters Uncut found that  1,270 of Southwark’s council homes were at one point vacant in 2016. Also that Southwark turned away 47 per cent of male and female domestic-abuse victims who approached it to find refuge.

The borough also currently has 24 beds available for temporary accommodation, half the number in Bromley.