Feminist Library gets the keys to its new Peckham home 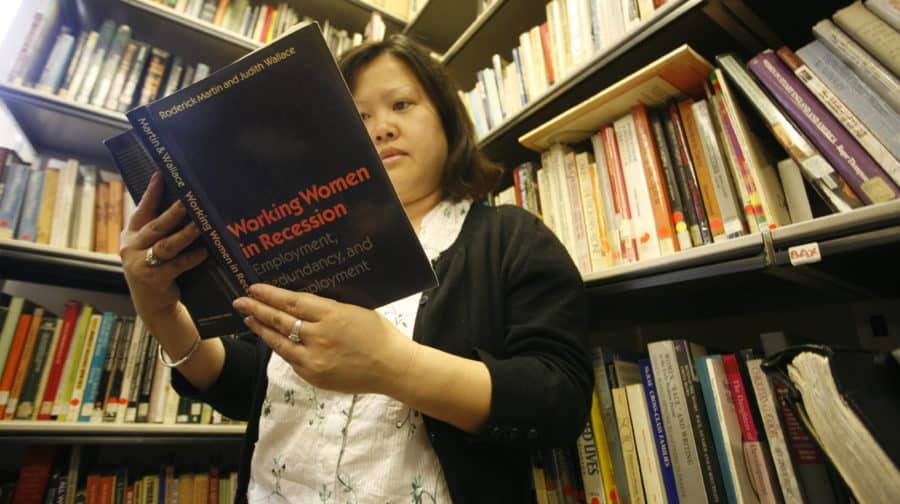 The Feminist Library has moved to a new home in Peckham after a successful fundraising campaign saved the incredible collection for future generations.

The library had been based at Westminster Bridge Road since 1987, after first being set up in 1975 by a group of volunteers. It has an incomparable collection of more than 7,000 books, 1,500 periodical titles and archives charting feminist figures including posters, pamphlets and other historical items, and is funded entirely from public donations.

A crowdfunding appeal saw more than £65,000 raised to save the library after its former home was earmarked for redevelopment.

Last week a new lease was signed with Southwark Council for the Sojourner Truth Community Centre, at 161 Sumner Road, named after the famous African-American activist and abolitionist.

Patrizia di Bello, a trustee of the library, said: “The trustees have so many people to thank – volunteers, funders, donors, pro-bono professionals, and everyone at the library.

“Their support, in-kind, in reproductive, intellectual and emotional labour, has enabled us to keep the library open and to move to a wonderful new location where the Feminist Library can continue to thrive.

“We are very excited to be moving into the Sojourner Truth Centre and to be part of the Peckham community.

“We look forward to welcoming everyone to our wonderful new space.”

The library is also home to a book club, shop, arts and community programme, and acts as a space for feminists and activists to come together.

At 1,500 square-feet, the new building is 50 per cent larger than its former premises and is wheelchair accessible.

A final farewell “Huge the House” art exhibition will be held at the old library building at 5 Westminster Bridge Road on Saturday, December 7, and then from February onwards the new Peckham base will hold a series of free drop-in events.

These include a Herstories book club, polish and Spanish book clubs, and a library tour and volunteer drop-in sessions.

But first its volunteers are now waiting for the refit to be finished before starting the lengthy unpacking process.

Southwark NewsNewsFeminist Library gets the keys to its new Peckham home