Southwark Council has called on the Home Office to extend its support, saying victims could be afraid to apply 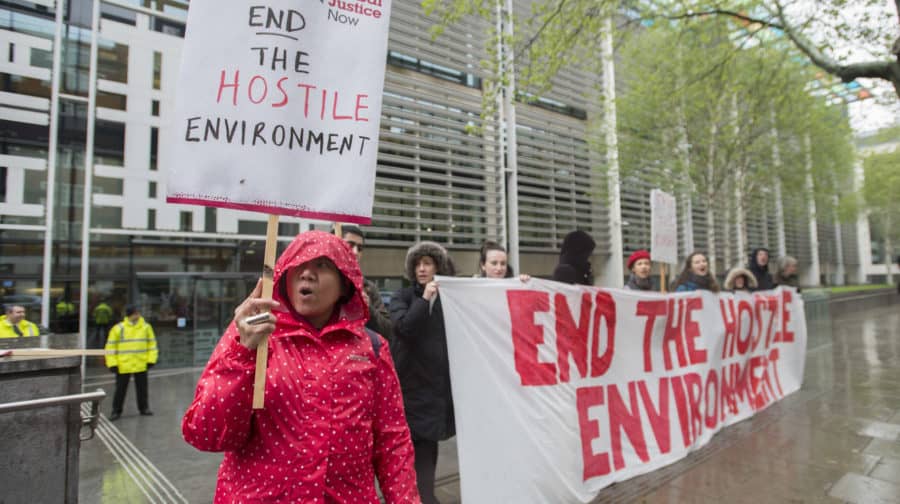 Monday April 30, 2018. Protestors from Global Justice Now demonstrate outside the Home Office in London demanding an end to the Hostile Environment policy, ahead of parliamentary debate on the Windrush scandal. Photo: David Mirzoeff/Global Justice Now

Fewer than one in five people affected by the Windrush scandal applied for support despite being eligible for compensation, leading to fears victims are too afraid to come forward.

On Windrush Day, on Tuesday June 22, Southwark councillor Alice Macdonald wrote an open letter to the Home Secretary calling on the government to ensure more people access the compensation to which they are entitled.

Thousands of people are believed to have been caught up in the scandal after finding themselves unable to prove they had lawful immigration status – despite living in the country for decades having previously been told they had leave to remain upon arrival.

In many cases, those affected had come to work in Britain for the NHS and other public services.

Many faced hugely costly legal battles to try and remain in the UK. At least 83 victims are believed to have been legally deported.

As of May 2021, it has been estimated that just nineteen per cent of those eligible for financial support have come forward.  Out of 2,367 claims made just 687 people had been awarded payments.

It is not known how many Southwark residents may be entitled to compensation through the Windrush Compensation Scheme, but it is estimated to be fewer than 2,000.

The 2011 census found 7,750 Southwark residents born in the Caribbean of whom 5,500 held a UK passport and 2,000 held Caribbean/Americas passports.

Cllr Macdonald says: “Southwark is immensely proud of its diversity and the positive contribution of generations of people from the Caribbean.

“We cannot right the past wrongs, but it is our duty to ensure that our residents receive justice, and where they need support, I want them to know we are here to help them get what is due to them.

“We will hold the government to account on their promise to pay compensation, and we will continue to do all we can to ensure that this atrocity is never forgotten.”

A cross section of MPs, community groups and campaigners have signed the letter.