Officers say this 'horrific incident' is said to have happened on Monday, March 22, around 4.30pm and want anyone that was in or near the park at that time to get in touch 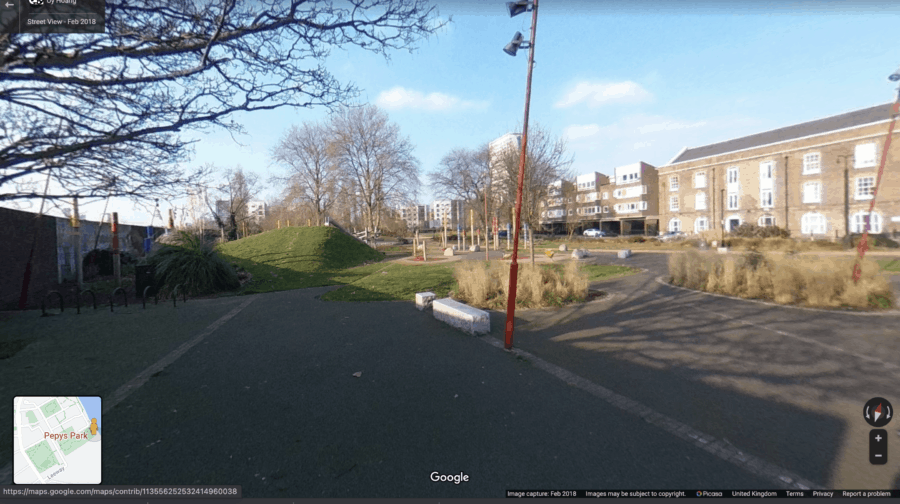 Police are appealing for information after reports that a fifteen-year-old girl was  gang raped in Pepys Park.

Officers say this ‘horrific incident’ is said to have happened on Monday, March 22, around 4.30pm and want anyone that was in or near the park at that time to get in touch.

In the appeal police said that the teenage girl had just got off a bus and was walking toward the park, which is in Deptford is just off Millard Road, when she sat on a bench near the football cages and was approached by three boys.

It is claimed  that two of the boys stole her phone and ran off and, after she and the third male followed them into another area of the park, all three are then said to have pinned her down and raped her.

One of the suspects is described as black, aged approximately sixteen or seventeen and with no facial hair.

He was wearing a blue beanie, a black ‘Kings Will Dream’ coat with fur around the hood and black and grey trainers. He also has silver caps on two of his teeth.

Another is said to be a lighter skinned black boy of around the same age. He had two earrings with one stud in each ear lobe. He had a high-top hairstyle with slight stubble.

He was wearing a black Zavetti, knee-length coat with a yellow and red brand mark on the sleeve.

The third suspect is also described as black with light skin and around sixteen or seventeen years of age. He was wearing a durag, a black coat, and black tracksuit bottoms.

Detective Constable Daniel Weeks, who is leading the investigation, said: “We are doing our utmost to provide the victim with support from specially trained officers following this horrific incident.

“I am asking members of the public who were in the park that day to think carefully about whether you saw the males described.

“Did you see anyone acting suspiciously? What were they doing and where did they go?

“No matter how small or insignificant you think your information might be, it could be hugely significant for our investigation.”

Any witnesses or anyone with any information is asked to get in contact with police via 101 or tweet @MetCC and quote CAD: 7933/01APR21.

Leave no stone unturned in catching these evil bast*rds.