Peckham’s most famous barber shop is being celebrated in pictures 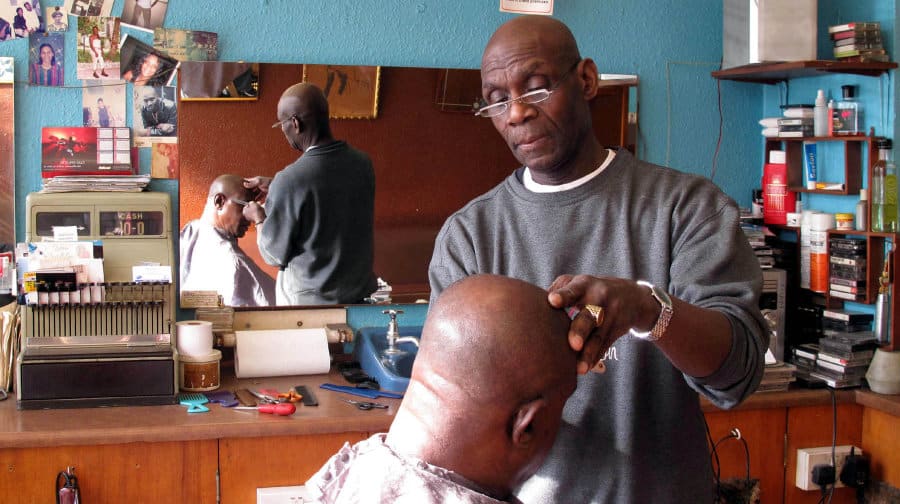 An image from the exhibition

Peckham’s most famous barber shop is being celebrated in pictures, 25 years after it inspired Britain’s longest-running sit-com.

Desmond’s was on Channel 4 between 1989 and 1994 after a writer wiled away his days at a Bellenden Road barbers without ever being offered a haircut.

The Peckham institution only became known as Desmond’s after the sitcom had gone off air but it has always been common knowledge that the SE15 salon was behind the family favourite.

The cast from the hit TV show

When the real Desmond’s closed a few years ago local photographer, Joan Byrne decided to share her “zany” snaps of the barber shop to cement its place in local history.

“It was an eccentric environment which always appeals to me,” said Joan. “The two barbers were quite unusual. They’d been there for sixteen years and I don’t think much had changed since it opened. They were characters!”

The photographs will be on display at DKUK Salon, 135a Rye Lane, until Saturday February 13 from 12pm to 6pm.