The cause of the fire is currently unknown 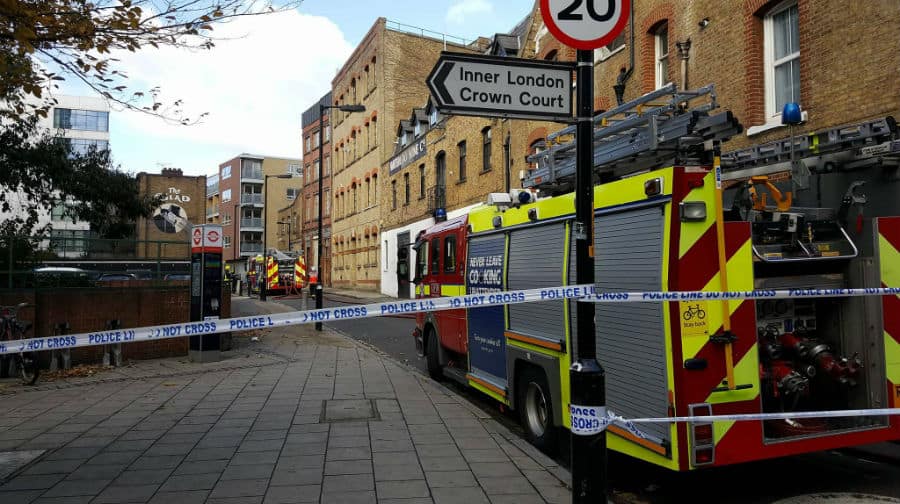 The basement fire at Sanctuary Street near Borough Tube Station is “under control” after ten fire engines and more than 70 firefighters responded.

The Brigade was called at 10:31am to reports of a fire which damaged part of a publishing warehouse, bringing it under control at 12:02pm.

Station Manager Nicola Lown, who was at the scene, said: “Basement fires can be quite hazardous due to the heat and cramped conditions. Firefighter crews spent about twenty minutes at a time inside the basement tackling the fire, and were then replaced by the next crew.

“Firefighters worked really hard to bring the fire under control quickly, and once the fire was out they ventilated the building and made it safe.”

Fire crews from Lambeth, Dowgate, Old Kent Road, Shadwell and other surrounding fire stations were called to the scene.

The cause of the fire is currently unknown.