The blaze in Queen Elizabeth Street in Bermondsey has now been brought under control. 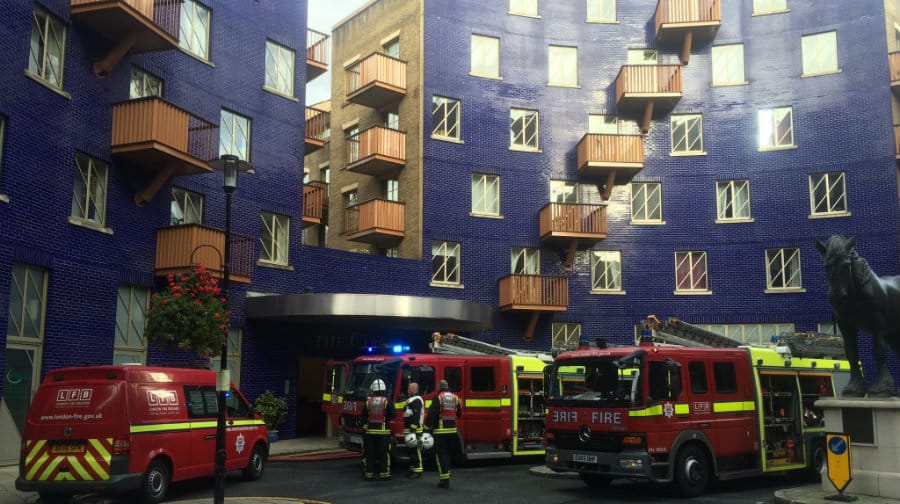 Fire fighters at the scene in Queen Elizabeth Street

Six fire engines and 35 fire fighters tackled a fire caused by a fridge at a high rise block on Queen Elizabeth Street in Bermondsey this afternoon.

The Brigade was called just after 3.30 and was brought under control just after 4pm. Crews from Dockhead, Poplar, Shoreditch, Bethnal Green, New Cross and Old Kent Road fire stations attended the incident.

Earlier this year, the London Fire Brigade appealed to fridge freezer manufacturers to make their products safer, with one fridge-related fire a week occurring in the capital.

London Fire Brigade Deputy Commissioner Rita Dexter said: “Every home has a fridge or freezer and the chances are it will be plugged in and working safely for years but it is no exaggeration to say that they are potentially the most dangerous household appliances if they are involved in a fire.

“They contain large amounts of highly flammable foam insulation, often only protected by a thin plastic covering. This can be a recipe for disaster if a fault occurs or if a fire spreads from somewhere else to the fridge or freezer. They are also one of the few electrical items in your home to be always left on and these fires pose an even greater risk if they start when people are sleeping.

“Putting a simple non-combustible or fire retardant covering at the back of appliances is a relatively simple change that manufacturers can make and one that we believe would reduce the number of injuries, and potentially deaths, caused by fires involving fridges and freezers.”

There is on average one fire caused by fridges in London every week. They have led to seven deaths and 71 serious injuries since 2010.

An investigation is ongoing.