“These sort of fires are not as rare as you would think... bottles, mirrors and glass ornaments should be kept out of direct sunlight and off sunny window sills," Fire Brigade says 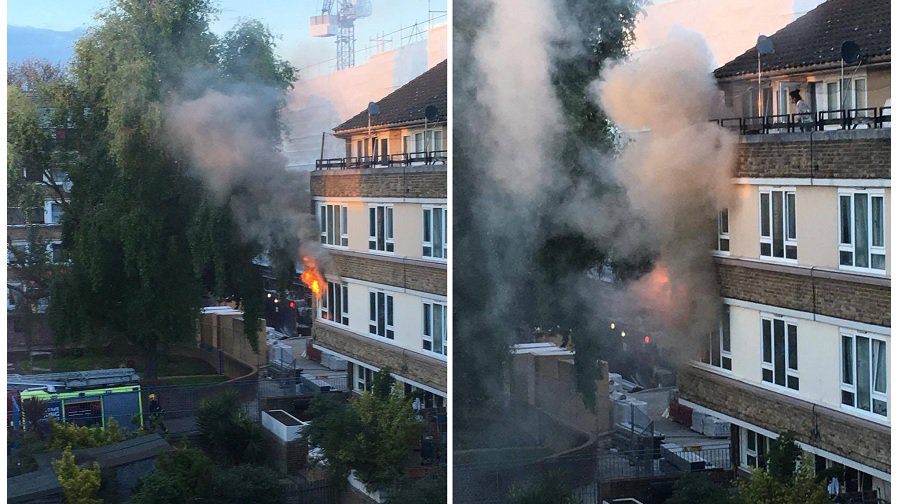 Smoke billowed from a block of flats at the North Peckham Estate on Saturday, after a fire was caused by the sun’s rays reflecting off glass bottles on a resident’s window sill.

The blaze partly damaged a one-bedroom flat on the first floor of a block in Garnies Close, off Sumner Road.

Firefighters were called at about 7pm and forced entry into the flat, as its tenants were out.

There were no reported injuries.

Fire investigators found a number of glass bottles on a wooden unit and window sill in the corner of the living room.

A London Fire Brigade spokesperson said: “These sort of fires are not as rare as you would think and this incident shows they are not an urban myth. Bottles, mirrors and glass ornaments should be kept out of direct sunlight and off sunny window sills.

“You should also protect yourself by making sure you have smoke alarms fitted throughout your property. Homes need multiple and linked smoke alarms or you won’t be properly covered. Ideal spots include rooms where you leave electrical equipment running like satellite boxes, computers or heaters; any room where you smoke, and anywhere you charge your mobile or laptop.

“As a minimum you should have smoke alarms on every floor – in the hallways and the rooms you use the most, plus a heat alarm in the kitchen. They should be linked together and tested regularly. If you have a fire, close the door on the blaze, get out stay out and call the Brigade.”