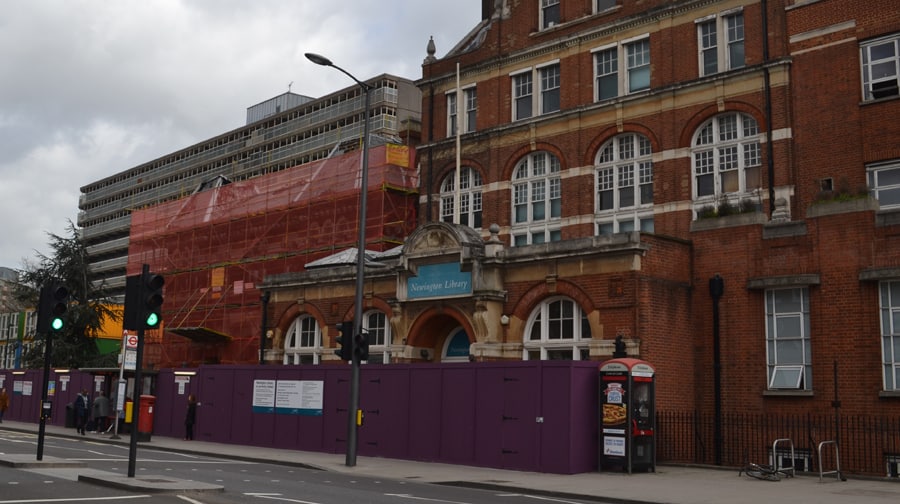 The fire-ravaged Walworth Town Hall looks set to be turned into a new arts and cultural venue, as Southwark Council has said it cannot singlehandedly afford to restore it.

A report published ahead of the Cabinet members’ meeting, held on Tuesday, June 20, said that the public’s preferred option of restoring the gutted-out hall and museum would cost at least £40m – which could mean “funding for other services would have to be reduced”.

It was also revealed that maintenance costs have run up to £35,000 per month, including spending on 24/7 security, which is required for insuring the building.

The Grade-II listed hall, which dates back to 1865, was gutted by a fire on March 25, 2013, which also caused water damage to the adjacent Newington Library.

The council first pledged to restore the building and make it a library and community hub, but these plans were abandoned last year when it emerged that the cost fully to renovate it would come to £36m – £16m more than the council had budgeted. £4m had already been allocated for temporary measures, to make the shell of the building weather-proof.

Following Tuesday’s meeting, Southwark Council’s leadership has decided to press ahead with trying to meet the public’s preferred option, of “rebuilding the original structure” by finding a private company which will be prepared to share the renovation costs, but be able to turn it into an arts venue that would still be open to the pub.

The report said: “Arts and Cultural organisations are able to attract public and private funds to support their investment plans which councils cannot directly access.

“A marketing exercise [would be] undertaken to test whether there are arts and cultural organisations who would be interested in using the group of buildings and if so, on what basis.

“Finding suitable candidates will be achieved through a two-stage process comprising of expressions of interest and then shortlisting prior to a more detailed second stage invitation to tender.”

The Newington Library collection – currently at its temporary home in The Artworks – would be moved to another new venue in the Elephant and Castle and Walworth area by 2018, rather than move into a refurbished Town Hall building as per the original plan.

The report also says the Town Hall’s heritage collections will partly move into other “collections across the borough” and be partly “integrated into the new library facilities” in the local area.