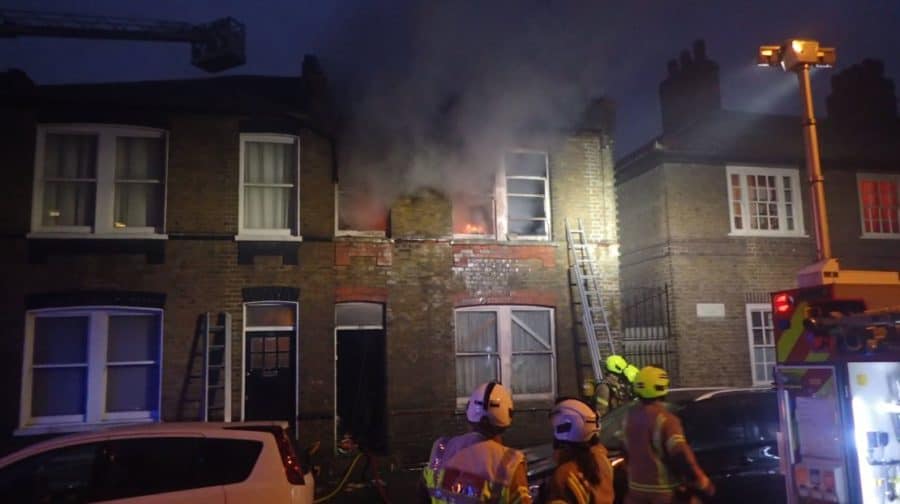 The man was luckily to escape the blaze as the high level of hoarding made it hard to escape (Image: LFB)

A blaze at a house in Walworth yesterday morning (Sunday 6 January)  has prompted a hoarding warning from firefighters – as they said “high level” of hoarded material hampered their efforts to tackle the fire.

Around six engines and forty firefighters dealt with the house fire on Queen’s Row shortly before 7am yesterday. It is believed the blaze was caused by a candle igniting paper.

Luckily, as the house did not have working smoke alarms, the occupant discovered the fire among the hoarded materials himself.

A London Fire Brigade spokesperson warned that the sheer amount of things in the house would have made it difficult to escape the blaze, which damaged half of the first floor.

A London Fire Brigade spokesperson said: “It could have been a lot worse as the level of hoarding inside the flat could have made it difficult to get out of the smoke filled property had the fire developed further.”

The man, who had managed to leave the house before fire crews arrived, was rushed to hospital for smoke inhalation.

“Blazes in cluttered homes can spread like wildfire, putting those who live in them at serious risk of injury or worse and potentially endangering our firefighters who go to tackle them”, the spokesperson warned.

“The fire is believed to have been caused by a tea light igniting paper or card. Make sure you never leave candles unattended and always away from materials.”

The London Fire Brigade said the fire was under control by 9.02am.