The block overlooks Lakanal House, where six died in a devastating fire in 2009 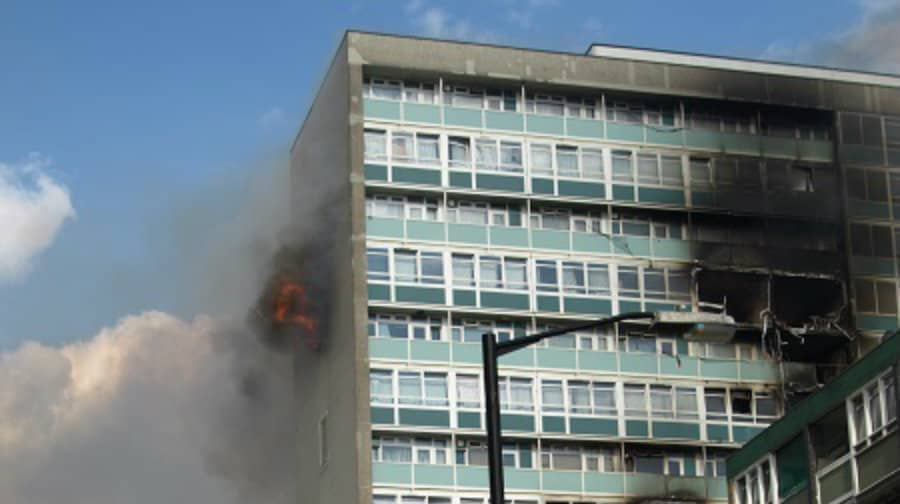 Fire breaks out at Camberwell's Lakanal House in 2009

Fire safety flaws have been uncovered at Lakanal House’s neighbouring block in Camberwell.

This month, 24/7 fire safety wardens were introduced at Marie Curie House in Sceaux Gardens Estate more than a decade after a devastating blaze killed six people – including three children – in Lakanal.

Southwark Council’s housing chief, Leo Pollak, said the council had discovered ‘issues’ with the building and is now arranging further, more detailed investigations – begging the question why these issues, given the estate’s history, have only just come to light.

Leo Pollak, Southwark Council’s cabinet member for housing, said: “We take fire safety extremely seriously, and we have discovered some issues with the building which we believe require some intrusive investigation, which we have taken immediate action to carry out.

“As a precautionary measure, wardens have been employed to keep watch over our residents 24 hours a day – this is a procedure we have used before, with advice from London Fire Brigade, to make absolutely sure that everyone is safe.

“I understand that this is probably very worrying for residents, but I want to reassure them that their safety is our highest priority and we will remain in constant communication with them.”

In 2013, four years after the blaze, a damning 50-day inquest found victims died because they were told to ‘stay put’ – but safety flaws in the block meant the fire spread rapidly out of control. It also emerged there were no fire risk assessments in place, with evidence highlighting “a serious failure on the part of Southwark Building Design Services, its contractors and its subcontractors” over work that had made the building less safe.

Speaking after the verdict, one of the bereaved residents Mr Udoaka, whose wife and 20 day old baby daughter perished in the fire, said: “We fear very much that lessons have not been learned and that it could happen again.”

Sadly, this proved all too true when many of the same failings were repeated at Grenfell.

Read More: LAKANAL FIRE TEN YEARS ON – A timeline of the blaze we thought could never happen again

“We take fire safety extremely seriously” ..I alwys know when somone at the council says this they mean completely the opposite